Vince Vaughn reteams with director Ken Scott following the off-key Delivery Man to deliver another comedy similar to that effort in a few ways; namely, that’s it’s not the funniest film, is again tonally dubious at points, but retains a certain amount of heart; heart that the film certainly earns within its runtime.

In the case of Unfinished Business, this stems from Dan Trunkman (Vaughn) and his efforts to not only build his own sales company from the ground up (after suffering a pay cut at his old firm, headed up by Sienna Miller) but also to provide for his family and be a father to his children whilst constantly being on the road, shaking hands and securing deals. It’s one such deal that is the centrepiece of the film, as it is Dan’s first big client – secure the client, and secure his floundering company’s future.

Joining him on the road to this meeting is elderly Timothy McWinters (Tom Wilkinson, clearly having a blast – although the character isn’t as funny as it could have been), and Mike Pancake (“Like the breakfast?”), a young man most definitely on the lower end of the IQ spectrum – there are several awkward moments in the film where the filmmakers skirt around the topic of Mike potentially maybe probably being a guy with an intellectual disability. Wisely, the youngest Franco plays the role down and avoids being offensive. This whole sub-plot/running joke about Mike could have been excised, whilst retaining his main character trait of being naive and inexperienced – there was clearly no need to add the mental disability angle and it over-salts the film unnecessarily.

Ill-thought out disability jokes aside, there are one or two legitimately funny moments in the film, but this is clearly not enough to make it a must-see by any stretch of the imagination. The real selling point will be its soft mushy centre; Dan is a loving father who simply can’t look out for his kids the way he should because of a life spent flying away on business trips. His relationship with his son is touching, as the kid has to deal with the bullies at school (and the cyber-bullying that follows him home), with only his kid sister around to fight his battles for him.

Unfinished Business has a solid narrative framing device encapsulating Dan’s efforts to complete an assignment for his daughter where he is supposed to write about himself as a father. These moments slightly make the film worth watching, but when the rest of it is so devoid of humour and full of wasted opportunity it feels almost fruitless. Almost. When you add to this the fact that great comedic talent like Nick Frost and James Marsden are pretty much wasted (a sub-plot involving Frost’s character’s foray into the gay fetish scene in Berlin doesn’t land particularly well), the whole film leaves a bad taste in the mouth – like you ordered the Savvy B but received Grape Juice instead.

Extras: A lacklustre 5-minute making of where the actors barely seem to believe the hype coming out of their mouths, along with a trailer and a gallery which no one will ever look at ever.

Unfinished Business is out on DVD now. 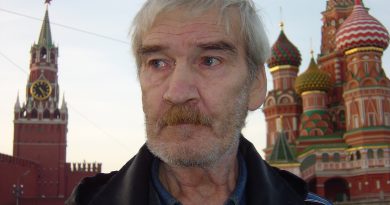