Hyena brings the British crime flick kicking and screaming into the 21st Century, all mood and isolation, with more than a pinch of extreme violence and a criminal underworld that’s never felt so real, nor so out of reach. As prolific Brit producer Stephen Woolley (The Crying Game) states in an interview found in the special features, this is a world that will never be glimpsed by “us”, but most definitely hums along under the surface of the bright neon of Soho and the far-too-normal residential streets of West London.  With barely a good, moral decision to be found (although they do occur, and they are all the more important for their rarity), Hyena gives us a London populated by corrupt police and sociopathic Albanian traffickers.

The plot is breakneck and vague, requiring – gasp – a good long attention span, an eye for detail and an ear for names. This isn’t a film to be half-enjoyed whilst texting your friends and resting off that biryani on the sofa. The pace is rewarding, however, as we witness the swift unravelling of Vice copper Michael’s (Ferdinando) well-made plans following the literal dismemberment of his Turkish underworld associate by two ruthless Albanians. His attempts to woo the Albanians into his ‘one-hand-washes-the-other’ business stylings obviously ends in tears for him and his corrupt cohorts, as no one wants to watch a film about someone doing really well at accepting back-handers from human traffickers.

Writer-director Gerard Johnson drapes his urban corruption tale in slo-mo, neon and waning daylight. His characters are either downright nasty or disagreeable, and it makes for a draining experience. The whole film feels like a slice of a life never to be seen by regular eyes, like Wong Kar-Wai decided to embed himself for a time with the worst of the worst of London’s Finest. It’s this disconnect that prevents Hyena from truly engaging with its audience; we get an overly-modern glimpse into a life of grime and crime that we want no part of, that’s hard to empathise with apart from through its female characters – the victims of sex trafficking and domineering, arsehole alpha males with no other concept of society other than to step over others to get what they want.

Stylistically, the film feels like an experiment; a series of shots and situations that have been playing on one filmmaker’s mind for far too long. Viewing it feels like you’re at the end of a 48-hour bender. Hyena is atmosphere, it’s a vibe, it’s style and only a little substance. The most obvious lacking ingredient is a stringent ending to tie it all together. The existing ambiguous conclusion is supposed to imply or invoke a certain feeling or resolution, but ultimately fails in that regard. As a trip, it’s memorable. As a story, Hyena falls a little flat.

Extras: A making-of that feels authentic, for a change, as all involved were obviously very excited about the low-budget project; that feeling comes through in the film itself, as all performances are delivered with 100% effort and belief. There is a huge series of talking head interviews with cast and crew, the best parts of which were edited into the making-of, so are inherently obsolete for anyone who’s not a die-hard fan of the film itself. There’s also a theatrical trailer sprinkled in for sh*ts and giggles.

Hyena is out on DVD now. 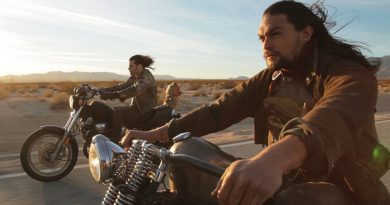 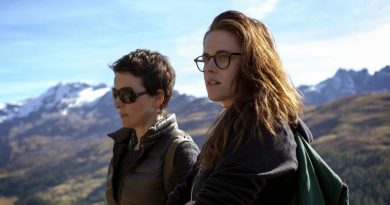