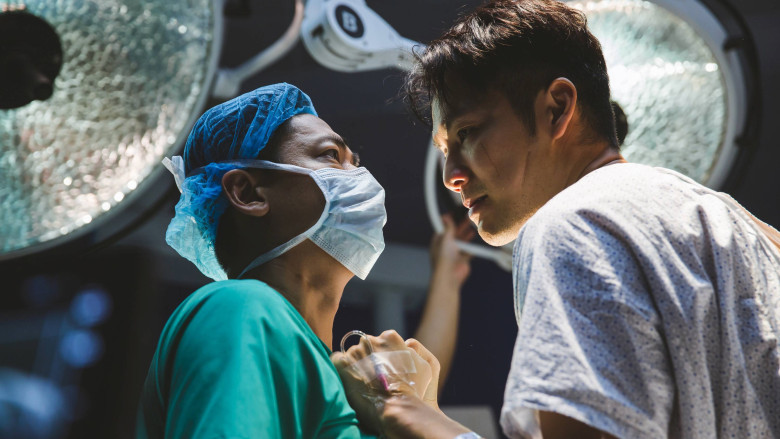 Dr. Tong Qian (Wei Zhao) is an over-worked, stressed-out neurosurgeon in a large hospital. She’s just killed a patient and two other operations have gone horribly wrong. So when Chief inspector Ken (Louis Koo) brings head-wounded gangster Shun (Wallace Chung) into her specialist ward, Qian is determined to play it by the book. But Ken knows that Shun’s violent accomplices will be coming to get him out; he needs to get information from Shun as fast as possible. Police pragmatism (or is that corruption?) and the Hippocratic oath go head to head … and then the gun-blazing baddies show up.

Johnnie To has made a career out of turning genre films into curveballs (that often fly straight out of the stadium, while remaining very memorable). Here he is on more certain ground, with the tense interplay between the three leads driving the drama for the first 60 minutes.

But there are elements of a signature style here, as if To is issuing a challenge: ‘dare me to make this work’.

Firstly, there’s the claustrophobic setting, with the story set totally in the hospital and at least half of it in a single ward. Then there’s the attention paid to medical practice, including some grisly neurosurgery scenes: there can’t be many films that show a surgeon’s hi-tech attempt to operate on an aneurism end in a fatal rupture.

Then there’s the pacing of the film, with the gunplay foreshadowed from the start but deferred to the very last minute. This foreshadowing underlies the psychological tension that drives the first hour of the film, before the gunplay bursts onto the screen.

Finally, there’s that explosive showdown, a five-minute, slo-mo, single take CG-heavy shoot out in the ward, centring on the reception desk. It’s so quirky that it overshadows the actual denouement of the film.

To’s audacities don’t quite work. The unhinged doctor, the smirking but knowledgeable psycho and the grim-faced cop remain clichés rather than characters, and that makes it a challenge to hang most of the film on their interplay. Having said that, Wei Zhao’s doctor is pretty compelling to watch, if only because her warped sense of priorities exacerbates as the film progresses.

As for the shootout, there’s too much cheap-looking CG bullet impact and there are elements in the sequence that don’t seem right, such as the chair that stays on the floor while its bullet-dislodged occupant is still flying through the air. But perhaps this suggests that the sequence is worth watching several times. 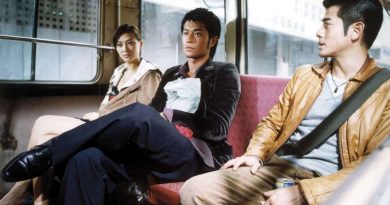