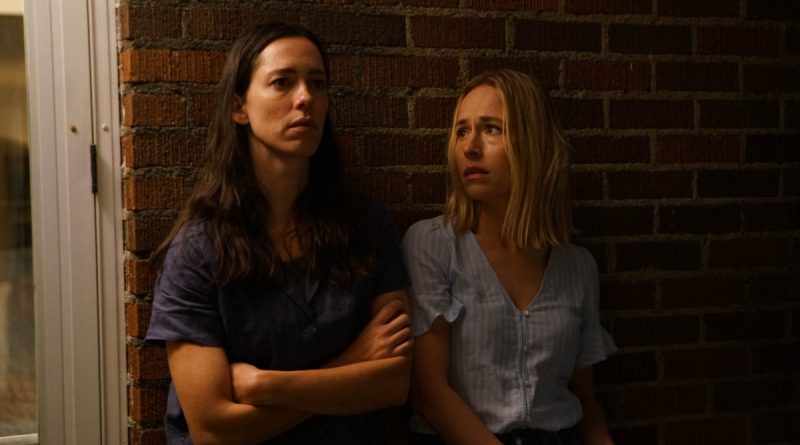 Grief stricken Beth (Rebecca Hall) has been recently widowed in a most horrific way.  Her husband of 14 years Owen (Evan Jonigkeit) shot himself through the head.  Beth is still living in the beautiful lakeside house Owen built for them.

Strange things though are starting to happen.  Muddy footprints leading down to the jetty where the boat in which Owen killed himself is moored.  The radio turning itself on.  Texts from Owen on Beth’s phone, which are not there the following day.  So is Owen trying to contact her from beyond the grave?  Or are they just vivid dreams, delusions of a woman who has a history of mental health problems and is hitting the brandy bottle rather hard in her grief?

As Beth starts to clear out Owen’s belongings however, disturbing things come to light about her husband.  Who is the woman in a photo on his phone, who looks like her but isn’t her?   Why is there a half built replica of their house the other side of the lake?   Why was Owen buying books about black magic?  It appears there was a dark secret in her husband’s life of which Beth was unaware.

Director David Bruckner builds the story skilfully with moments that make you jump out of your skin and some chilling revelations.

The film leans very much on its leading actress, who is alone on screen for much of its playing time, including the dramatic and inventive climax.  Rebecca Hall can herself be quite scary when needed, as we see in a scene where she is challenged by a parent of one of the students she teaches.  She is though well up to the job of being terrified too.

Sandra Goldberg has the rather unrewarding role of the heroine’s best friend, feeding her the lines and support, which reveal the next stage of the drama, and Vondie Curtis Hall plays Beth’s helpful neighbour, who may or may not know more about her late husband than he is letting on.  But it is very much Hall’s film and she plays it to the hilt. 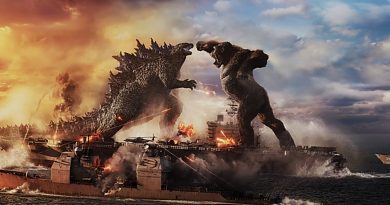