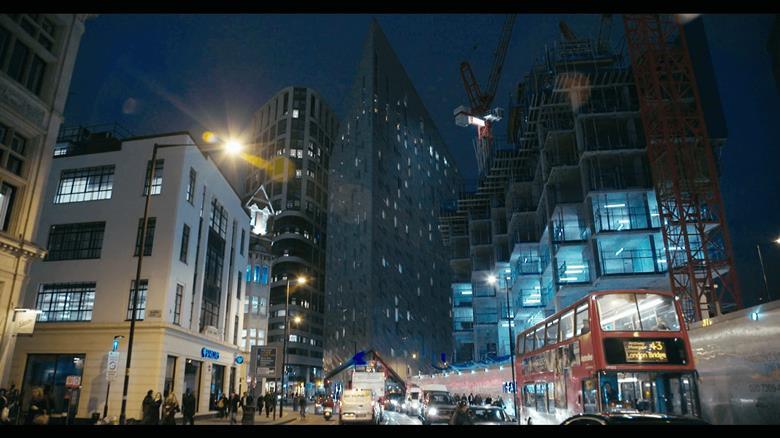 [box type=”info”] Although all  cinemas are closed, films and the Close-Up Film web site will continue to operate. You will be able to get the reviewed films on DVD – bought or rented- or through various streaming services including MUBI and Netflix.[/box]

London and other major cities in the UK have a particular housing crisis. However, it is not just that affordable housing is not available in the inner cities, but also access to decent housing is not open at all. This is happening not just in the UK but in many counties around the world. There are many who now cannot afford the high deposit to put down to secure their own home. In addition, there is a rising number of homeless people who are forced to sleep rough once they run out of all other options.

This new documentary focusses on a UN special rapporteur on adequate housing, Leilani Farha, who goes from country to country to try to find out more about the global housing crisis and why and how it exists. She talks about capitalism in relation to a low-income housing project in Harlem, New York. This was recently bought by a private equity fund. It led to huge rent increases resulting in likely future evictions.

Leilani Farha insists that access to housing is a human right. One example here is a man who has to spend 90% of his income on rent for his two-bedroom flat. But once it rises – as is threatened- to $3,600 (£2,900) per month, he will be forced out.

We follow Leilani to Berlin, Toronto, Stockholm and Seoul. In London she visits the Heygate Estate and views Grenfell Tower. Accompanied by director, Fredrik Gertten, she hurries around different parts of the world digging out stories of tragedy that have happened to poor people and of corporate greed. Wealthy buyers look to purchase investment units resulting in the buildings becoming assets.

The film focusses in on Blackstone, a private equity firm. The company becomes the villain in different counties all around the world.

Academics and economists give their views including explanations of tax havens – a no-no for Leilani! When Leilani delivers her report to the UN, we see the UN delegates not really paying attention to her. The problems continue….