This is such a sad piece – rather miserable in fact, but so well worth seeing. Based on RC Sherriff’s own time in the field as depicted in his play written in 1928, we are right in the middle of World War One.

It’s the evening of the 1918 Spring Offensive. Bright and bushy-tailed newcomer Lieutenant Raleigh (Asa Butterfield) arrives at the unit full of enthusiasm for his role in the army. The trenches are near Saint Quentin, France. He is pleased to meet a family friend, Captain Stanhope (Sam Claflin) leading the unit., but concerned when he finds that Stanhope has become a depressed alcoholic. Raleigh is helped, though, by kindly pipe-smoking Osborne (Paul Bettany), Stanhope’s second-in-command, who is a teacher in civilian life. Osborne is known as ‘uncle’ and fulfils that role admirably.

We are in the trenches beside the men who seem to know that they are not going to have the back-up that they need and that the raid on the Germans to capture one of their soldiers, has been scheduled too early – in order to fit in with an officers’ dinner – so that some, if not all of them, will perish. The viewer gets a real feeling of the terror and sometimes panic that the men get as they spend time in close confinement in the dug-out.

The acting is spot-on throughout. We feel the misery of Sam Claflin as Captain Stanhope as he faces yet another day of carnage, while Paul Bettany gives out a feeling of calm as Osborne, refusing to let the other men see his knowledge of what is to come. Tom Sturridge puts on the opposite of a brave face to play Second Lieutenant Hibbert who has panic attacks and just wants to go home.

Almost stealing the acting honours is Toby Jones as the friendly cook, Mason, who strives to serve edible food. Just avoiding being a stock character is Stephen Graham as sturdy Second Lieutenant Trotter who enjoys the food. Young Asa Butterfield portrays the right amount of innocence and enthusiasm as the new recruit.

The battle scenes are the least successful as we can’t make out the characters clearly enough, but the claustrophobic scenes inside the bunker best capture the atmosphere. This drama, well-helmed by director Saul Dibb, is certainly worth catching. 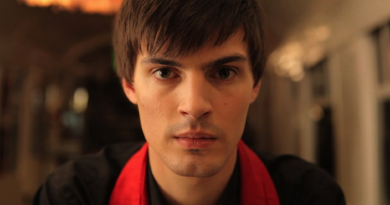