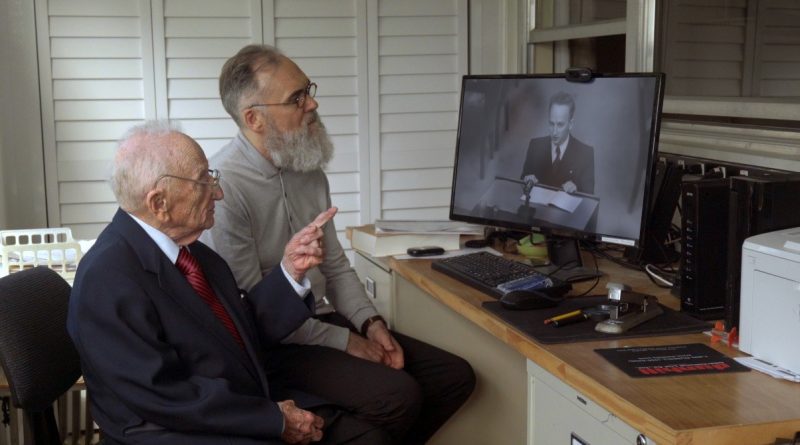 At 175 minutes David Wilkinson’s documentary is even longer than the new James Bond movie.   But it is worth your attention, albeit for different reasons.

Its release date of 1st October coincides with the 75th anniversary of the end of the Nuremburg trials, which punished most of the worst Nazi criminals from the Holocaust – didn’t it?  Well, actually no.  As this film sets out to demonstrate, an astonishing 99 per cent of the one million people responsible for the murder of 11 million innocent men, women and children were left unpunished and free to live their lives out.

A handful it is true were brought to justice after Nuremburg.  High profile offenders like Josef Mengele and Adolf Eichmann were captured and brought to trial from their South American hide outs.  But they weren’t all in South America.   Some were even in positions of power in the post war West German government.  And some were in Britain.  Dr Stephen Ankier has spent many years tracking them down but always his prey has eluded him by dying before he can bring them to account for their crimes.   A Nazi war criminal living in the suburbs of Oldham seems almost a definition of the banality of evil.

In the film we return once more to the oft seen but still horrifying footage of naked corpses being pushed by tractor into burial pits, like so much rubbish.  We hear again from some of those who survived – a woman who was one of a handful of those still alive after her whole village was eliminated.  The statistics are chilling.   Journalist Robin Lustig visits the site where his grandmother was murdered in one of the death camps.   On that day she died with 1,999 others.  The officer in charge proudly kept a record of his “achievement”.

The film is packed with such horror stories.  It is a remarkable work of research for which Wilkinson, who is incidentally not Jewish – just humanitarian – travelled all over the killing fields of Europe plus the UK, America and Ireland.   To uncover the story he spoke not just to survivors and families of victims but to academics such as historian Professor Mary Fulbrook; Benjamin B Ferencz, now 101 years old, who is the last living prosecutor from the Nuremberg War Crimes Trials; Jens Rommel from the official German department responsible for prosecuting war crimes, who throws some light on why so many escaped justice and Philip Rubenstein, who played an important role in the All-Party Parliamentary War Crimes Group.

The film also uncovers the names of countless unprosecuted war criminals, their details read in cool tones by Eileen Atrkins, along with excerpts from some of the paperwork documenting their crimes.  One of the most chilling quotes that stands out from these is the simple statement “it was legal to kill Jews”.

Distribution of the film is currently in the form of individual event screenings all over the country, followed by a live Q and A with the director.   Details here:  https://gettingawaywithmurders.uk/screenings/