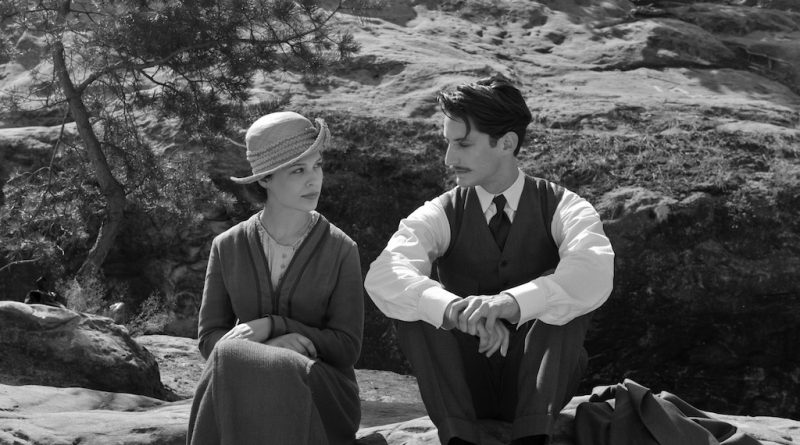 Set in a small German town in 1919 the story concerns Anna (Paula Beer), a young woman whose fiancé Frantz has been killed in the war.   She lives with Frantz’s parents (Ernst Stötzner and Marie Gruber), who love her as the daughter-in-law she was to have become.  Every day Anna visits Franz’s grave.   One day she notices a young man putting flowers on it.  When eventually they engage in conversation, Adrien (Pierre Niney) tells her his is French and was a friend of Frantz, when they were both studying in Paris before the war.  She introduces him to the parents, who take great comfort from Adrien’s stories of his friendship with their son.  He even, like their son, plays the violin.  The townspeople, still mourning those they have so recently lost, are however not as  welcoming to this man, who fought with the enemy.   And as Anna and Adrien’s friendship deepens, a number of questions arise.

There have been many films about the horrors of the First World War, not so many about the immediate aftermath.  This is a charming and wistful tale with beautifully realised characters, whose lives are played out gently and with sensitivity.  The film is shot in black and white, changing into muted colour for sequences of memory, as in Adrien’s stories of pre-war Paris.  Through its characters – both the family and the villagers – it also explores the way the war changed the once amiable cultural and social relationship between France and Germany.  The town where Frantz was raised even looks not dissimilar to the villages of Northern France.

Unlike Lubitsch’s film, which offered hope that the “war to end wars” really was going to turn out to be just that, with the hindsight of later history Ozon has created a far more complex story with unexpected twists and surprises, without ever losing focus on the central relationship, which is actually a triangular  one – Anna, Adrien and Frantz himself, whose life was stolen from him by the war.   It is very moving and totally absorbing. 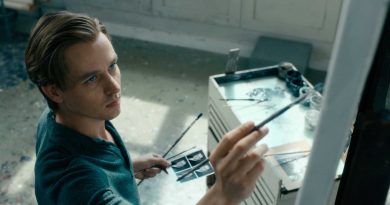