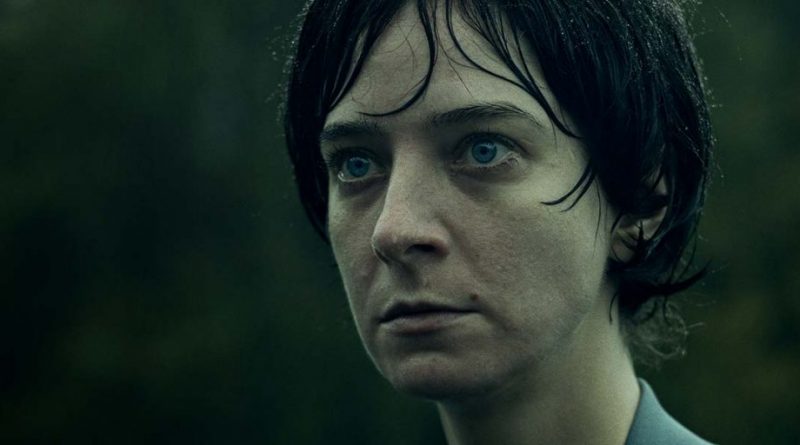 By turns woozily immersive and starkly violent, this is a nuanced if visceral tale of sexual assault and the practicalities of revenge.

Miriam hasn’t seen Greta for ages and knows Dylan from college. She has lots of catching up to do. Which is just as well, as her relationship with Caleb is flatlining.

Miriam’s emotional issues seem to hang on her relationship with Greta, but it is unwanted attention from Dylan that turns Miriam to the single-minded pursuit of revenge.

Violation sets its pace and mood as a quiet, intense sibling/ family drama. The dreamy, brooding nature of the shots, dialogue, acting and sound design are remarkable. There is a dark and uncomfortable lyricism to this film, like an unholy mix of Lars von Trier’s Antichrist and Terrence Malik’s Tree of Life.

For example, there are the foreboding shots of nature, both as glowering landscapes and sharp focus close ups; soft-focus close ups of faces; Miriam and Greta speaking breathlessly over each other in an ongoing conversation that seems to have started many years before.

The sisters are almost annoyingly self-obsessed, which chimes with the immersive look and feel of the film. And the assault itself is represented as if emerging from this woozy life-world.

It is Miriam’s quiet but clear ‘No’ that pivots the film in a new direction. The quietness remains but the intensity of action takes the place of words. In Miriam’s case, at least. For both Dylan and Greta are soon drowning in their own defensive denial of what has happened.

In one sense, Violation is an exploration of the qualities of different sorts of violence, from domestic arguments all the way to rape and murder. What durations, intensities and spatial actions relate to each?

This digital release on Shudder does not have a BBFC certificate, but it would definitely be an 18 if it did. As well as the sexual assault theme, there is front and back male nudity, an erection, a prolonged murder and graphic butchery of a corpse.

Violation is released exclusively on digital channel Shudder on 25 March.