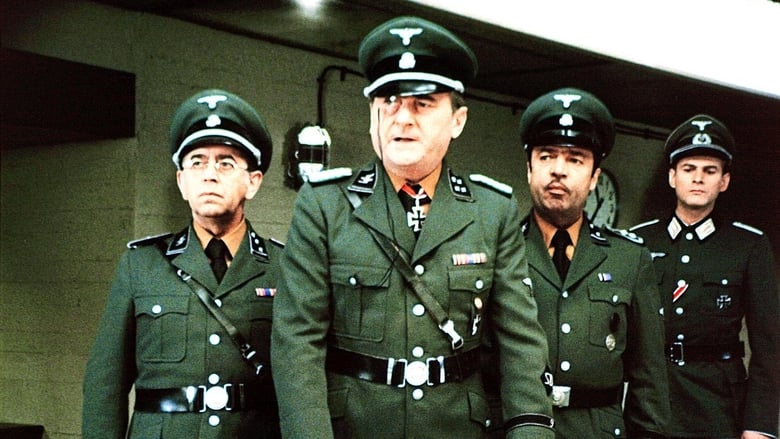 In the near future (like, the 90s!), rocket-based time travel is the new tourism. A Nazi who has been hiding out in South America – and taking anti-aging pills – arrives in Prague with two henchmen.

They have stolen a small hydrogen bomb and plan to time travel to 1944, give the bomb to Hitler personally, and thereby allow the Nazis to win World War 2.

They even have an inside man: a womanising rocket pilot called Karel, who will help them for a large fee.

On the morning of the flight, Karel chokes on a bread roll and his unsuspecting twin brother, Jan, steps into his shoes, in the hope of winning Karel’s fiancée Eva.

Little does Jan know that before he can win Eva’s hand he must foil the dastardly plans of both his clients and the Third Reich.

Director Polak is most famous for the influential Ikarie XB-1 but Tomorrow I’ll Wake Up … feels very different. The film keeps its breezy tone because very little is explained. The action and the comedy speak for themselves.

Tomorrow I’ll Wake Up … wears its mind-bending time travel concepts and paradoxes very lightly. The actual time loop sequences in which characters bump into themselves (or go to extreme lengths to avoid doing so) are presented with a nice lack of fuss. This keeps the movie puttering along in a spritely fashion, which is refreshing for sci-fi.

In the role of the twins, Kostka and his accessible good looks epitomize the film’s spirit. Imagine, if you can, a rounder faced, friendly Dirk Bogarde.

The opening credits, which play footage of Hitler at Nazi rallies backwards to a synth-backed disco soundtrack, are an early highlight.

If you are wondering about that title, Jan does scald himself with tea in at least two versions of the day in question, 6 June.

Tomorrow I’ll Wake Up and Scald Myself with Tea is out on Blu-ray and DVD on 25 January.