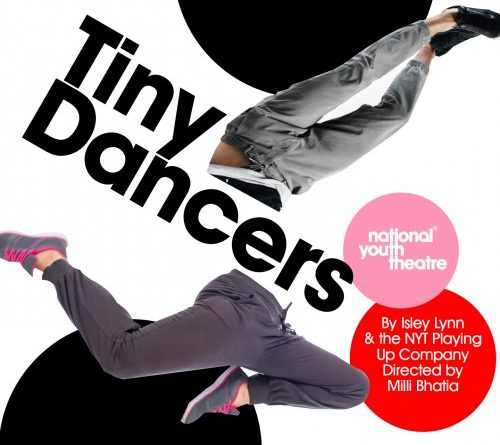 Here’s another kind of hybrid. Theatrical in that it is a performance by actors but a film in that it’s a filmed play – or series of playlets! The National Youth Theatre’s Tiny Dancers is worth looking at whatever you wish to call it as it’s a group of young actors in training, some of whom may well go on to become our stars of the future.

The National Youth Theatre is famous for the work they do with young people. There is a special programme called Playing Up which offers a free, professionally-led theatre training course which gives young people aged 19-24 years, who may have struggled at home and/or with the education system, an opportunity to study the Theatre Arts whilst also furthering their education. It provides an Access to Higher Education Diploma in Theatre Arts which is equivalent to 2 A-Levels. The course provides an excellent foundation for the theatre world but also supports the emotional well-being of the young people.

When Covid-19 hit the NYT, like many other arts organisations, it could no longer operate face to face and therefore had to find other ways to deliver their regular services and keep in touch with their young people. With lockdown the NYT took their programme online. Amazingly the young company, supported by their staff team and creatives managed to adapt creatively to this new situation.

Written by Isley Lynn, with input from cast members, the NYT Playing Up Company has given us an at times tender, or dramatic or funny look at life in lockdown. The numerous small scenes are well- presented. Mostly acted singly or in pairs, the little plays cover many situations with different characters. There are scenes of dancing with a number of the young people involved between scenes. These tiny sketches look at reactions of people together and apart.

Following the premiere performance, there was a Q and A session in which the young actors answered our questions – all on zoom, of course and using ‘chat’ – about the production and their approach to writing, acting and performing the piece, which helped to explain the concept to me. In answer to my question on the theme with so many different scenes, it was explained that it was all about communication – between characters apart and together, and that each sketch connected with the next.

This wasn’t always obvious. Some of the scenes, such as the one set on a ship, appear to have no connection to the scenes either side. But a number of them show people connected emotionally even though they are physically separated.

There is a delightful scene where a couple have set up a dinner over the internet, with each in a different location. They start by sharing food and wine in a loving manner, but it then descends into arguments over the wine – one has white and one red – and choice of ingredients. I enjoyed the playlet of a young woman who has lost her job, visiting her aunt to borrow money. And there is a telling scene of a girl arriving at a party but being too timid to actually enter the premises. Others include a boy on the outside discussing the attempted suicide of the other lad in hospital, who unhappily declares, “I want to get hit by cars.”

A variety of accents contribute to the realistic interpretation by the young cast. The title is from an Elton John song. See it soon before it disappears!