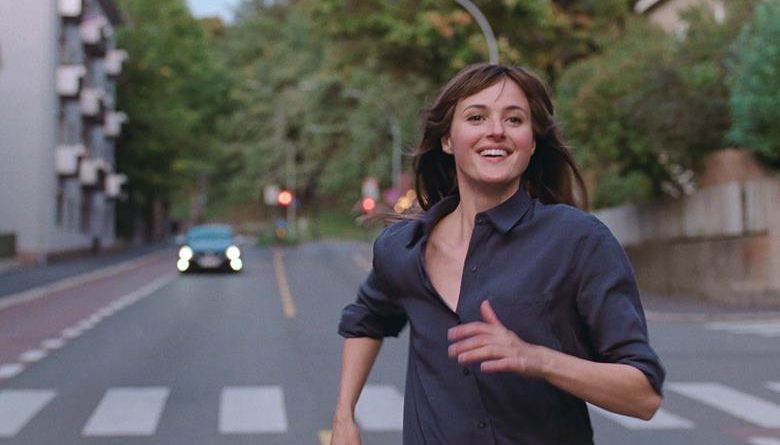 The Worst Person In The World is an expertly-grounded existential rom-com from Norwegian director Joachim Trier. The story centres around Julie (Renate Reinsve), a late-twenty-early-thirty-something, who cannot see anything through and cannot see any clear direction for her life. She navigates environmentalism, freedom of speech, paralysis analysis, technology and sexual desire in a film firmly about this generation—and at home in this generation.

The film is about contradictions and how we carry them: worst and wonderful; happy and sad; dependent and independent. It acknowledges how we enjoy aspects of people while despising others, how we cringe at something someone says one minute and fawn over something else another. We want to break up and have sex; want children but don’t want to be fathers; want to be mothers but don’t want to have children. The film realises the tension between achievement and acceptance; the back and forth, carousel-like nature of contemporary living—the threat of becoming lost in the infinite of choice, potential and possibility. This is all summed up in the juxtaposition of the line: “I do love you and I don’t love you”.

The film is a melange of facial expressions, timely and untimely smirks, ironic remarks, upturns of mouths, quivers of lips and cheeks and weightless movements of arms and legs. The lead performances are driven by remarkable subtleties as Reinsve, Anders Danielsen Lie and Herbert Nordrum effortlessly inhabit the Oslo cityscape in a way that is both authentic and dream-like.

The Worst Person In The World explores deeply how we feel, how we desire and how we live. The film contemplates how we often meet the right person in the wrong moment, in different phases of our lives, and the tendency for romances to go mouldy—and go mouldy quickly. The film dissects the intricacies of disintegration in relationships; the male determination to determine things—to analyse, rationalise and explain—to psychologise every dimension of life and to diagnose the past. The film makes the case that while some people formulate and some people feel, neither is strength or weakness.

There are bursts of experimental filmmaking, but the film is not overwhelmingly radical in terms of form. There is some use of non-linear storytelling, but the film doesn’t flag it up—it simply slips into the logic of the story. The Worst Person In The World separates itself in the way it expertly blends varying themes, moods and textures into a magically coherent body. There are party scenes that reach the spontaneity and pleasure of Thomas Vinterberg’s Another Round (2020), as well as moments that encapsulate the wistful heart of French New Wave classics Cleo From 5 to 7 (1962) and Vivre Sa Vie (1962) (of which the film mirrors its regimented twelve chapter structure). The tonal shifts are immaculate.

The Worst Person In The World wields much of what is lacking in many comparable, perhaps more domesticated, takes on the twenty-something genre. It is non-formulaic—unafraid of desire, contradiction and confusion. The best thing about The Worst Person In The World is that it’s not a story of triumph or failure, ecstasy or absence, it’s a story about the mortal dance between them.