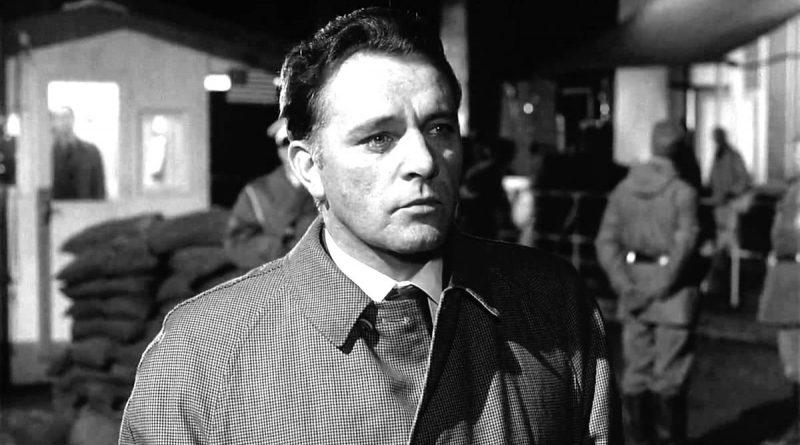 Richard Burton’s disgruntled, dishevelled and under-employed ex-spy is the best thing about The Spy Who Came in from the Cold, a gritty thriller based on a novel by John le Carre. His choice in the final scene remains one of cinema’s great throw-away gestures of despair.

Leamas will pretend to defect to the East Germans so that he can incriminate the enemy’s leading counter-spy.

Leamas needs a back story, so is dismissed from the service for drunkenness and takes a job as a library assistant. He strikes up a relationship with a young Communist librarian, Nan (Bloom).

East German spies in London make their advances and Leamas agrees to travel to Holland for “debriefing”.

Soon Leamas realises that he is being played – but only going through with the plan will reveal by whom.

Billed on release as an “anti-James Bond” spy film, The Spy Who Came in from the Cold has kept its patina of grime in portraying the espionage environment – and spies themselves as “a bunch of seedy, squalid bastards like me” as Burton’s Leamas memorably puts it.

On the surface, it looks like this squalor segues into heroism, given Leamas’ courage and the fallout from his relation with Nan; but that final scene is so ambiguous that it is really hard to tell. That’s what is clever about the film: it packs an emotional punch that may not be warranted. For spies, as for actors, everything is lies and pretence.

Elsewhere, there are strong traces of the intricate interrogation procedures that made the late 70s BBC le Carre productions so powerful. The intellectual tension oozes from the scenes in which Leamas is interrogated by a young counter-spy, played by Oskar Werner. Indeed, the film could have done with a bit more of this and less of the courtroom melodrama that ensues.

Extras include audio commentary by Adrian Martin and an informative, funny essay by David Cairns on the production of the film, the “less is more” approach ultimately taken to script and performances, and the tensions between cast members and director Ritt.

This is the first time the film has been out in the UK on Blu-ray. The restored, high-definition digital transfer looks nice and crisp.