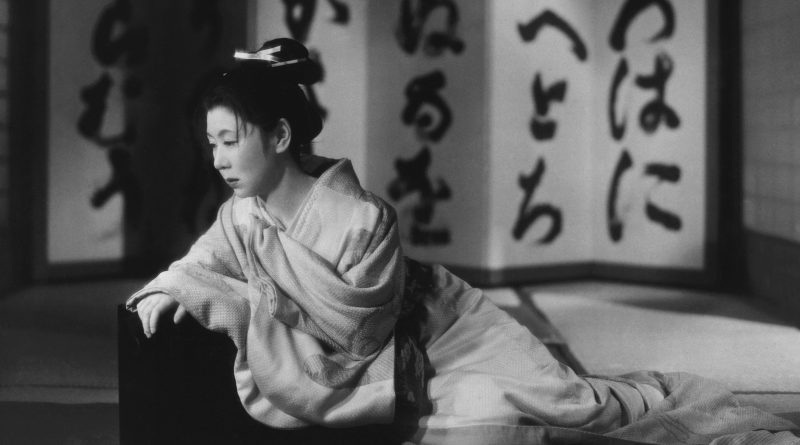 Tragic, miserable, set in Edo Period Japan, 65 years old and telling the life story of an aging street prostitute – what is it that makes The Life of Oharu such a compelling watch?

Oharu (Tanaka) is an imperial lady in waiting at court in Kyoto. After a short-lived affair with a man from a lower class (Mifune) she is dismissed and goes to live with her parents. The family’s fortunes change when Oharu is chosen as a lord’s concubine, charged with bearing an heir. But events conspire against her and soon she is working as a courtesan. After that, Oharu keeps on falling down the social ladder …

In a handful of films from the early 50s, Mizoguchi made himself the master of exquisite cinematic Buddhist miserabilism. It was a second turn round the block for him as he had a prestigious career directing in the 1930s. In fact, last time I looked the Golden Age of Japanese Classic Cinema’s pantheon still consisted of Ozu, Mizoguchi, Naruse and the later upstart Kurosawa.

Mizoguchi is famous for his tracking shots – and here they are brilliant, appropriate and never showy. They’re the quintessence of what makes Oharu so compelling to watch, because the shots track and move at the pace of Oharu’s movements and you are thereby immersed into her sad but passionate world.

In fact, almost every shot is compelling here – the alert viewer must ask herself ‘how does this work?’ in terms of composition, light contrasts, movements within the frame, the tension between foreground and background. The visual inspiration may have been the woodblock masterpieces of Utamaro, but that inspiration is transitioned wonderfully into high modernist film form.

The niggle with Oharu comes with the overly emphatic story of female suffering itself. Mizoguchi is critical of the exploitation of women, in both his contemporary set films and the historical ones. And that critique comes in part from hidden guilts: his sister was sold as a geisha to fund his film school education, he was an avid sex worker punter. That makes his narrative outrage pretty hypocritical, a hypocrisy that was both ‘of its time’ and continues to haunt all sorts of films from exploitation classics like Addio zio Tom to the Dardennes Brothers. Oharu comes across as a too-perfect sacrificial victim – woman as martyr – and only once does she fight back, at a woman.

I’ve been waiting for a restoration of this one for years – the print featured on the Artificial Eye DVD release is in a pretty bad state. It now looks nice and silvery and you can actually see what is going on in the night time shots.

The Life of Oharu is out on Blu-ray as part of the Criterion Collection UK on 24 April 2017.