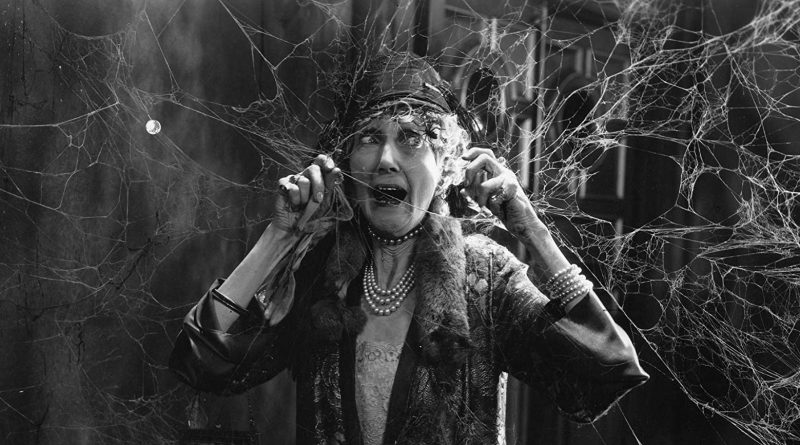 Daft, scenery-chewing fun with some great camera hi-jinks thrown in – The Last Warning shows how good silent cinema could be at smart laughs and clever, fast-paced action.

A murder occurs onstage during the performance of a Broadway hit. When the body disappears, the police investigation stalls. The show closes – and so does the theatre.

Several years later, on the anniversary of the murder, the original cast and crew are invited by a mysterious impresario to restage the Broadway hit.

What will they find in the dark, cobwebbed theatre? Who is leaving written warnings not to proceed with the play? And why?

The Last Warning was based on a successful play, the kind of murder-mystery/supernatural farce that was popular at the time. The film uses all available cinematic technical means to build on the good humour of the script; and becomes a spritely film you will want to watch over and over again.

There are trick shots and fast-cut close-ups, as well as screaming, swooning leading ladies and horrified looks on moustachioed men.

It’s a gas for the entire 78 minutes. Over the top, tongue in cheek and larger than life.

This 4K restoration shows: the picture resolution is much crisper than the public domain version and the movie’s smart, confident tone much more apparent.

Definitely a film to watch and cherish – just right for these lugubrious, anxious times.

The Last Warning is out on Blu-ray on 15 February.