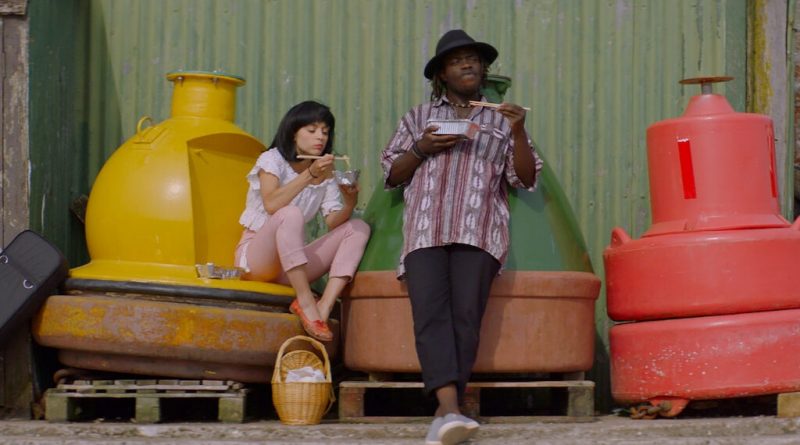 Benjamin Bond’s directorial debut is a post-Brexit, modern-day romance, which depending on yours views on Brexit, you’ll ever love or hate.

Koffee, an illegal African migrant who hides his physical scars under his shirt so the outside world has no idea of his past life, works long hours at a car wash. His only moments of breathing space are the language classes he takes to improve his English.

At the classes he meets Fanny, French waitress. The two quickly form a close bond, Fanny, in contrast to Koffee, has gone out of her way to avoid anything approaching responsibility, determined to live life on her own terms.

When Koffee’s boss promises him an Irish passport upon completion of a risky job, he accepts, but the job goes wrong and Koffee decides to escape to the seaside with Fanny.

They live an idyllic, fun life in a hut on a Devon beach, but their bliss is just a denial game that delays for as long as possible the moment that they will have to face their responsibilities.

Although it is a perfectly good and well-acted film, the characters don’t really come alive, fail to awaken sympathy with the audience.

THE DRIFTERS is available in cinemas and on demand