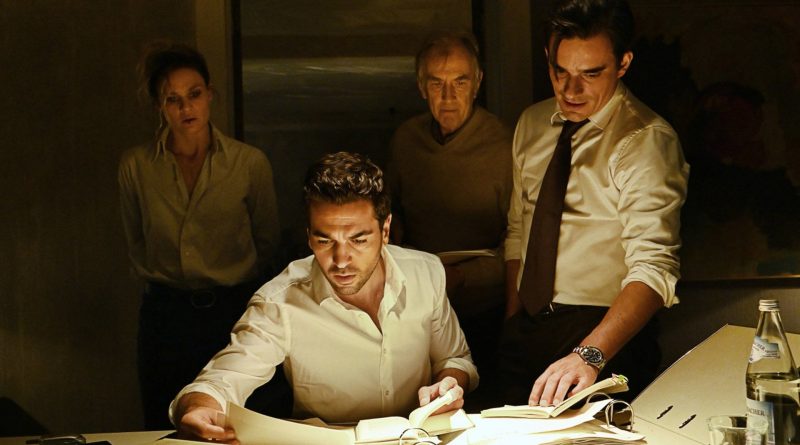 Based on a true story, The Collini Case is a real thriller. With its many twists, the film constantly surprises its audience.

Newly appointed lawyer, Casper Leinen (Elyas M’Barek) is given the task of defending Fabrizio Collini (Franco Nero) in Berlin. Collini has killed Hans Meyer. The case becomes complicated when Collini insists on remaining silent, and Casper realises that the victim was a close friend of his family and acted as his mentor while he was growing up with his single mother.

Casper has also been romantically involved with Hans Meyer’s granddaughter, Johanna (Alexandra Maria Lara), who asks him to step away from the case, but he refuses to.

Poor Casper finds out, too, that his legal opponent in the courtroom is Richard Mattinger (Heiner Lauterbach), his former law professor.

The film is shot in three separate time-lines – 2001 where the main event starts the story; Casper’s childhood in the 80s and the era around WW2 where we discover Collini’s motive. As the movie progresses, we see scenes from WW2 and the film builds to a shocking climax.

It’s a joy to see Franco Nero on the screen and he plays the silent assassin with dignity and only shows emotion at the final revelations. As the new attorney, Elyas M’Barek portrays Casper well and we are able to learn about some of the Nazi atrocities through his character.

Constantly engrossing and enlightening, this film will keep you involved until the end.