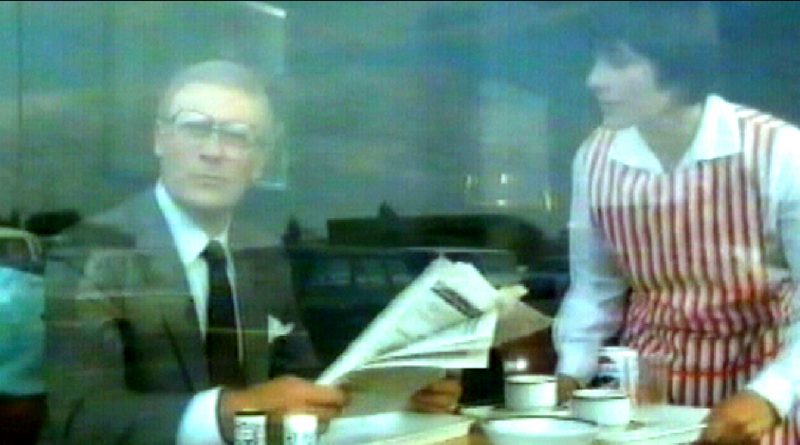 A welcome return for this lost gem, a very British ‘weird tale’, unseen for decades after its time on regional ITV channels.

After the savage murder of a school girl, the uncanny and the fatal creep into the lives of one well-off and apparently happy family.

Joanne attends a prestigious, local private school. She’s working towards a music scholarship, with a show coming up. But Ian has to travel for work.

The night before he sets off, dreams and premonitions afflict all three family members.

Along with the extras, this BFI Flipside cult release gives great insight into the making of the film as well as proof of writer-director Lindsey C. Vickers’ unique vision of the world.

Vickers’ is a world where the mundane and the uncanny interweave, where the experience of duration is tense with something dangerous and unnameable.

The film has several powerful, key scenes and it is interesting to find out how they were created in the extras. But it’s the weird repetitions and long shots – that themselves reveal very little – that make the film hum with tension.

The Appointment has the glum look of a public information film, as you might expect from late 70s and early 80s UK television movies, oozing comfort and tedium in equal measure. And that’s exactly how a peculiar kind of anxiety is born. The film is a masterclass in the creation of this singular mood, that strongly reminds me of the era.

The acting shares this mood, with the exception of Joanne’s unreadable and frankly rather disturbing long, dead-eyed stares at her father.

The extras give extended access to Vickers’ thoughts, film-making processes and life story. It is such a pity that he never made another film, walking away from the film industry pretty soon after making his feature debut here.

Also featured is The Lake, Vickers’ 30-minute 1978 film about a haunted body of water. This has a more languorous, sunlit feel but also captures a certain uncanny mood perfectly. Blink and you’ll miss the ghost!