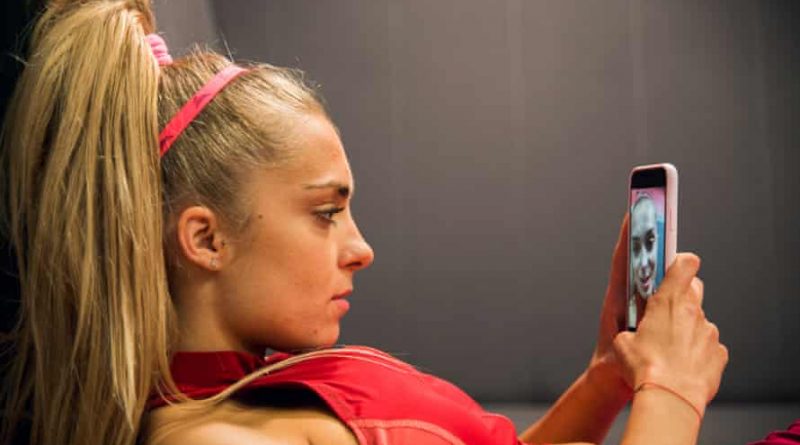 There are a lot of ‘Influencers’ around at the present time. The younger ones watch them avidly – on TikTok, on Instagram and other social media outlets. Watching Sweat we can learn much about an influencer’s life. For a start, we realise that an influencer – in this film, she is a fitness influencer – is someone whose career has her (or perhaps a character that she puts on) promoting fashion and lifestyle in exchange for sponsorship and placement of products deals.

Showing three days in the life of Silwia (the beautiful Magdelena Kolesnik), who lives alone in Warsaw and is a very successful fitness motivator. At the beginning we watch as she pushes an excited crowd in a fitness session then we see her in conversation with her friend and co-worker, Klaudiusz (Julian Swiezewski) to then being alone in her flat with her dog.

Between her fitness session, she films herself constantly and talks about food and other products as she moves around. Silwia is concerned about a video she made which showed her being emotional and vulnerable. Her sponsors are also unhappy with the video as they want to portray a happy heathy young woman.

Magdalena Kolesnik manages to portray a complete character here and we get to see the dark side of a popular personality as well as her public face. Almost like a documentary, the film captures the lifestyle of one of the (to me) new breed of influencers.