John Maclean’s first feature film bears all the hallmarks of an established auteur; a headed-western set in an undetermined part of the North American landmass (one discarded pamphlet suggests the Canadian Midwest), with earthy, moody performances under clear blue skies, accompanied by beautiful dialogue that straddles the line between era-appropriate and anachronistic.

Young Scotsman Jay Cavendish (a sketchy accented Kodi Smitt-McPhee) heads into the wilderness of the New World to find his love who departed Scotland due to crime and consequence unknown. Almost dead within the first five minutes, right-place-right-time bounty hunter Silas Selleck (Fassbender, in his element) first rescues, then offers to chaperone the lad across the lawless land, where natives and outlaws prowl undaunted and blood-thirsty by way of necessity or otherwise.

It’s a simple gruff veteran/wide-eyed youngster buddy comedy template, excepting for the fact that these two aren’t buddies, and the comedy is blacker than tar. As Westerns go, and has been said elsewhere, Slow West is incredibly Coen-esque – Maclean is evidently unabashed of wearing his influences on his sleeve. Those Coen-y touches of succinct, ice-cool dialogue, and morally-dubious scenarios that spring themselves on our heroes, are combined with Maclean’s knack for slow (sorry), earned relationships to craft a modern classic in this genre.

The key lies in the believable yet heightened characteristics of the main players; Jay’s past transgressions, revealed in flashback, play like the hazy regret of a nightmare where responsibility eludes the dreamer. His overly-romanticised view of life in the West and life in general are the product of a privileged, sheltered upbringing. A portent of doom hangs over his head, and it is not just his interest in morose literature that is the cause. Never was a man so unequipped to deal with the harsh life of the frontier as Jay Cavendish.

Silas on the other hand remains an enigma throughout the film, aside from a few tidbits gleaned from his own narration. Said narration exists as the only drawback of the piece, as it lies too simplistic and over-explanatory in nature – belying the innate mystique of Slow West (arguably its biggest strength and the allure of frontier-set films in general). His character’s arc, on the other hand, is a treat to behold, as this outlaw’s rough edges are slowly hewn by constant badgering from and interaction with Jay.

To say more of the story is to betray its myriad twists and turns, each more enjoyable than the last. The ever-welcome Ben Mendelsohn makes a token appearance as an actually-quite-a-nice-guy for a change, although his bear-coat laden swagger adds little in the way of proceedings other than a cool addition to the scenery and a villain to shoot at in the finale; and what a finale it is. Shoot-outs have never been more funny, or as gorgeous – let alone both at the same time. Symbolism, laced heavily into the DNA of Slow West by Maclean, mostly makes itself known in the last twenty minutes. Look out for a wayward jar of salt.

A fantastic little film that never tries to be more than the sum of its parts, doused in symbolism and coal black comedy, stuffed with allegory pertaining to not only love and heartbreak but also life for immigrants in the old west, with a spellbinding soundtrack to boot… Slow West is already a strong contender for one of the best of the year. The temptation to say that Maclean is unlikely to have a sophomore slump is overwhelming. Must-see. 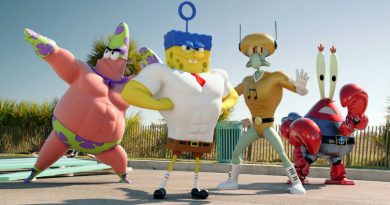