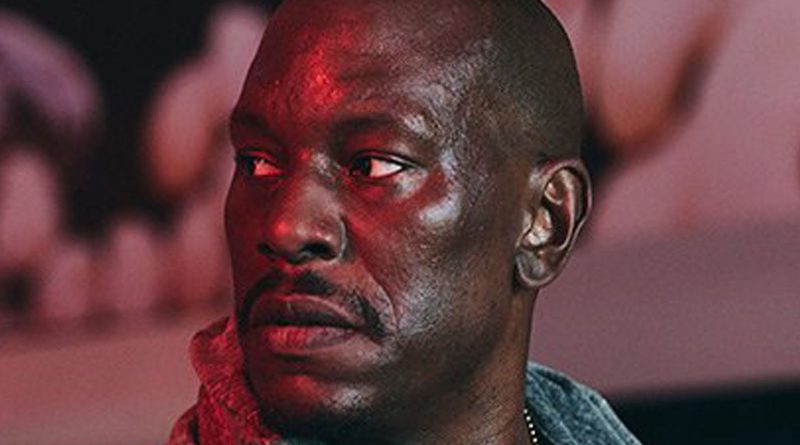 An interesting state-of-the-art action thriller for our dour, self-conscious and over-protective times.

Kyle (Gibson, Fast and the Furious) is an ex-marine with PTSD, caught in a supermarket with his daughter when bad hombres storm in to take revenge on Kyle’s congressman stepfather (Malkovich).

Kyle has sworn off weapons, but still manages to despatch baddies, with a surprising amount of help from children.

Tyrese Gibson seems sulky and despondent, but then his character does have PTSD. He doesn’t even quip when he kills a man with a barbecue fork in aisle 6.

Malkovich phones his in, using tin cans and string. Michael Jai White provoked one of those moments in me, when you realize that, my god, he is an actor sitting on the floor pretending to have been shot. Which, of course he is. The trick, I think, is to somehow not look like it.

This is a film full of victims who need protecting or whose protected characteristics are to the fore. Luna Lauren Velez and Brandi Bravo shoulder most of the work getting the audience to recognise this, as Tyrese is too busy throwing Molotovs at armed men in wheelchairs.

There’s something heavy handed about the highlighting of this generalised victimhood and the film at time comes across like a corporate diversity training video. There are several “would you like to talk about your issue?” moments.

Whilst this is praiseworthy in everyday life, it sits oddly in an action thriller. In fact, it’s safe to say that the trigger happy, quip-ready action hero is nowhere to be found in Rogue Hostage.

Issues of poverty and race and sexual orientation are aired. There’s a surprising moment when store worker Rainey (Fedna Jacquet) calls out Eagan for contesting preferential treatment in employment on the grounds of race. It seems barely credible that this would happen when the white man is pointing an automatic weapon at you, but, hey, go girl!

Whether the airing of such issues means that Rogue Hostage ushers in a new era of more sensitive action thrillers is highly questionable.