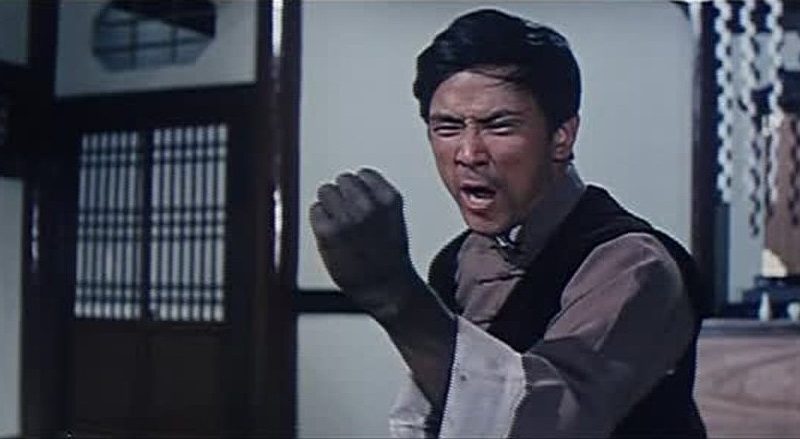 A much-loved 70s martial arts Hong Kong “grindhouse” film gets the restored Blu-ray treatment. It’s fight-packed, unintentionally funny and looks as good as it is ever going to.

Yu (Yu) is the top student at a king fu school that is targeted for annihilation by a rival school. The rivals import a band of mercenaries from Thailand, India, Japan, Tibet and Korea, each of them highly skilled in exotic martial arts (and all played by Chinese actors – it’s the 70s after all).

When Yu loses an arm in the onslaught, he must learn to fight with one arm, with help from the woman who rescues him (Tang) and her herbalist father.

Jimmy Wang Yu is a big name in 70s martial arts films but he isn’t the most charismatic of actors. His direction is pretty pedestrian too. On the whole, even though it is nice to see a martial arts film look this good (widescreen, highly coloured), One Armed Boxer isn’t that visually exciting.

The standout elements for me are the “foreign” fighting styles, played with laughable exaggeration, and the crazy soundtrack, which is more than just the usual hypnotising, heightened ASMR of grunts and punches.

We see Okinawan karate experts, Tibetan monks, Thai kick-boxers, an outrageously “brownfaced” Indian yogi. The fights and the funny racial stereotyping keep the film motoring along; the story and the sets become a little claustrophobic. So much so that a brief romantic interlude with feisty Hsin Tang by a real waterfall almost feels emotional.

The soundtrack deploys an instrumental version of Isaac Hayes’s Theme from Shaft over the opening credits and throughout the film. Which just seems really out-of-place, in a good way. There is also a sample from Bond movie incidental music that I’m sure you’ll recognize.