“I love my life, I regret my life…the lines eventually blur and it’s just my life.”

A tale of taking responsibility for your past actions, artistry, living out your dreams and of love, Match recounts an interview gone awry as a couple masquerading as interviewers of a Julliard dance professor and all round international lothario, as they (secretly) attempt to find out some details of his colourful past.

The impact of a 45 year-old mistake, the film’s confined setting and powerhouse casting makes for a highly imaginative, funny film that allows Patrick Stewart to shine in all his glory. If you did not already know that Patrick Stewart has a comedic streak (to which you can reference Stewart’s longstanding relationship with American Dad as one clear example), then Match is the next best thing. Stewart is by far the shining star of the film. As free talking, wildly hedonistic former dancer Tobi Powell now in his later years, he maintains all the flamboyancy and energy of a man half of his age, keeping up the wildly upbeat tempo for the entirety of the first half of the film.

However things start to take a downward turn when a husband and wife Lisa (Carla Gugino) and Mike Davis (Matthew Lillard) make contact with Tobi (Stewart) under the pretense of attempting to gather information that will contribute to a (nonexistent) dissertation that Lisa is writing about ‘The History of Dance in New York in the 60s’. Things go from bad to worse when their line of questioning becomes a little too personal and date specific, this leads to the film’s dramatic explosion of a climax occurring a mere 30 minutes into the film.

As a three-hander, each cast member works tirelessly to maintain the tempo. The film rather miraculously holds a firm grip on its mixture of emotional undertones and wildly energetic acting (mostly on the part of Stewart).

It is essentially a film built around the premise of the conflict between truth and belief. It asks how, if at all, can you undo a life already lived? As the film draws to a close it becomes increasingly apparent that this probably isn’t the viewpoint that the film is advocating. Instead, Match becomes a deeply emotional introspection of guilt and redemption for those involved.

Although having an ulterior motive is usually the biggest indication of ‘only bad things to come’, it appears that in Match this may in fact be a blessing in disguise.

Lillard as a motherless, hot-tempered cop who remains unable to reconcile his childhood and move on with life, Gugino as a wife who needs to learn to stand up for herself and Stewart as the exuberant former dancer hiding many dark secrets, there are revelations to be made all round whether they are volunteered or not.

Even in the film’s latter half is much more emotionally staid than the first, the more serious direction the film takes is a welcome chapter and step-change in a film that has quite serious lines of questioning. For the conclusion, Belber knows when, where and how to throw in little comedic tidbits in order to avoid an entirely sober affair, if at all.

On a closer inspection of Match post-screening, by far Stewart steals the show with equal measures of humour and sincerity and earnestness in the films later half, there is honesty to his character of two halves. However, this is not to discount the efforts of Gugino and Lillard in pulling the film together as a whole. Their own impactful moments come in short sharp bursts (appearing apart from one another for the vast majority of the film).

Match is a film that will no doubt touch the emotional disposition of audiences who have also suffered feelings of loss and guilt. As in Match, sorry seems to be the hardest word.

Match was released on DVD and Digital on October 12th 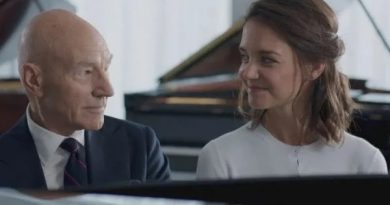