Great Scott! Here’s Doc Brown, back to the future, today – 21st October 2015 – with a very special message just for you!

In 1985 Director Robert Zemeckis, Executive Producer Steven Spielberg and Producer/Screenwriter Bob Gale embarked on a three-part journey through time that broke box-office records worldwide and catapulted Back to the Future into one of the most beloved trilogies in motion picture history.  In 1989, the filmmakers gave us a glimpse of the future in Back to the Future Part II as Marty McFly and Doc Brown traveled to 2015… or, if our calculations are correct, October 21, 2015, to be exact.  “The Future” has finally arrived – and here is your chance to join the celebrations and see it on the big screen.
Picking up precisely where they left off, Marty and Doc launch themselves to the year 2015 to fine-tune the future and inadvertently disrupt the space-time continuum. Now, their only chance to fix the present is by going back to 1955 all over again before it is too late.
To celebrate Back To The Future Day, we decided to plunder the depths of time and space to bring you this list of the top ten Time machines to grace the big screen and its smaller counterpart.

When two film-makers stumble upon a strange looking harness contraption in Lunopolis it dawns upon them that they have discovered an actual working time machine. What follows is a frenetic race against time as mysterious government agents pursue them to reclaim the machine and keep a dangerous secret hidden. Whereas most machines follow the template of completely enclosing their user, this jump-pack like harness gives more flexibility and freedom when arriving in new time zones, as well as allowing for a quick getaway.

Sending time travellers back in time with no means of returning to the future, the time displacement spheres seen in The Terminator franchise even forego the option of the user being able to wear any clothes. This slight drawback led to the unforgettable scene where a naked Arnold Schwarzenegger accosts a group of bikers with the line ‘ I need your clothes, your boots and your motorcycle in Terminator 2: Judgement Day. Whilst this may not be the most elegant way of travelling, the explosive arrival of the sphere is likely to clear the area of any potential threats.

In Flight of the Navigator, Max is a spaceship that has the ability to time travel in order to serve its primary function of observing endangered species throughout the galaxy only to return them at the same moment in time they were taken to avoid any impact on a planet’s ecosystem. When young David Freeman (Joey Cramer) inadvertently crosses paths with Max he is accidentally sent forward into the future which kick-starts an exciting adventure as he attempts to return to the time he came from whilst sharing the time machine with all manner of strange alien creatures.

At the complete opposite end of the spectrum to Hot Tub Time Machine, Primer also features four friends who travel through time, but these are intelligent engineers who design and build their very own time machine with somewhat cataclysmal results for those involved. This is not a fantastical flight of fancy but a scientific exploration of what a working time machine might look like, and the time machine that they create is therefore minimalist in comparison to the more extravagant designs amongst our list.

H.G. Well’s science-fiction stories were well ahead of his contemporaries and none more so than in The Time Machine which has been adapted for the big screen twice, first with the classic in 1960 and then with a forgettable remake in 2002. The now archaic design of the time sled also veers its head in Time After Time, a clever riff on a serial killer film where H.G. Well’s chases Jack The Ripper through time in order to bring him justice, and this would make the perfect double bill viewing alongside The Time Machine.

Quite possibly the most ludicrous time machines on our list, Detention’s use of a machine hidden inside a giant grizzly bear is also one of the most inventive. This mind-bending genre crossover is like Donnie Darko on acid with elements of horror thrown into the mix and almost defies categorisation. In a film where quite literally anything goes, what would be more fitting than our protagonist travelling through time inside a giant grizzly bear.

One of the most memorably titled films of recent years, Hot Tub Time Machine makes no excuses for what it sets out to achieve, paying homage to Back to the Future throughout as well as introducing a whole host of time-travelling shenanigans of its own. The most effective of these is a running gag involving a one-armed bellhop played by Crispin Glover who still has both arms intact in the past. Potential situations where he may lose his arm keep cropping up, much to the amusement and horror of the hot tub time travellers. With the sequel out in cinemas this week, now is the perfect time to revisit this crazy concept which features one of the best time machines ever committed to celluloid.

Although it’s not the only time-travelling phone booth in our list, Bill & Ted’s adventures through time are a far cry from those of a certain Doctor. A far-fetched but irresistible story sees our heroes travelling back in time to enlist the help of historical figures such as Abraham Lincoln and Genghis Khan so that they can pass their history assignment. Aided by Rufus who comes from the future and provides them with the time machine, Bill & Ted learn that the future of mankind relies on their band Wyld Stallyns staying together, which will only happen if Ted’s father doesn’t send him to military school. Seeing Beethoven, Joan of Arc and Socrates hurtling through time in a phone box is something that every film fan should experience at least once in their lives.

The second of our time machines to be housed in a phone box, the TARDIS (Time and Relative Dimension In Space) is the mode of transport used by Doctor Who in his many guises on both the big and small screen since its incarnation in 1963. Intended to be inconspicuous, the device used to manipulate the exterior of the TARDIS broke when the doctor landed in London, leaving it to remain in its current guise as a 1960s police call box indefinitely. Famous for having an interior much large than is possible when viewed from the outside due to trans-dimensional engineering, this is undoubtedly one of Science-Fiction’s most memorable time machines.


1. Back to the Future – The DeLorean

Ask any film fan what their favourite time machine is and you will almost inevitably hear those magical words ‘The DeLorean’ spring forth from their mouth. Cleverly transforming a once ridiculed car into what is now viewed as a classic design, this iconic time machine was a brilliant creation that encompasses the crazy inventiveness that lies at the heart of the Back to The Future Trilogy. Who can forget their first encounter with Dr. Emmett Brown and that timeless line ‘Roads? Where we’re going, we don’t need roads.’ just before the DeLorean reaches that magic number, 88mph, and catapults Marty McFly back in time. The rest is history… 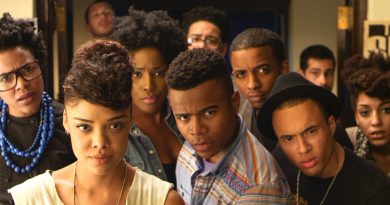