This special 40th anniversary 4K director’s cut opens with testimony from Spielberg himself and those influenced by the Jaws maestro such as Denis Villeneuve.

The choice of Villeneuve is interesting because his Arrival riffs on some of the issues considered by Close Encounters. The introduction is interspersed with iconic cuts from the film – an annoying addition, a la ‘Next Time on…’ spoiler of what’s to follow.

The film has dated aesthetically as Spielberg’s early work does, primarily because the domestic vignettes captured the era so perceptively. However, the 4K restoration accentuates the difference between his ground-breaking special effects which maintain their old-fashioned nostalgia and the crisply improved sound and live action aspects of the piece. (Those ground- breaking effects are now technologically laughable). The SFX feel even further behind than they actually are which makes them more lovable, like seeing Space Invaders or Pac-Man next to state-of-the-art video games.

John Williams steals the show though with his tremendous score, especially as those particular aliens are musically-minded too. The composer does most of the dramatic heavy-lifting of the narrative until Spielberg has the chance to unleash his box of tricks onto the screen. There’s no greatly compelling story until the final sequence, which is where the director and composer combine to such brilliant effect. This helps forgive some of the more hair-brained earlier narrative. Spielberg was concerned that Williams might have had little to offer after his masterful Star Wars and admits in the short beforehand that he was glad his doubts were confounded!

The appearance of Villeneuve before the feature makes the striking difference between the 1977 response to ‘first contact’ and Arrival’s 2016 reaction. Spielberg has a distinct lack of military presence in terms of fearing the danger aliens might pose. Indeed, it is the refreshingly optimistic and scientific endeavour to meet them that helps create the swell of emotion at the climax. Villeneuve possibly adopted a more realistic attitude to man’s interaction with foreign life. Amy Adams’ character strives to make the military understand the educational opportunity on offer and the need for clear communication. Last year Close-Up looked at this ‘first encounter’ theme when comparing Contact with Arrival.

These restored classics are brilliant opportunities to look back at landmark cinema and are not to be missed. Close Encounters may not be the best film to be restored but the difference made by the restoration may be one of the most pronounced so far.

Sony Pictures Entertainment’s Close Encounters of the Third Kind will open in cinemas across the UK and Ireland this Friday, 15 September. The film will also screen internationally. Find screenings. 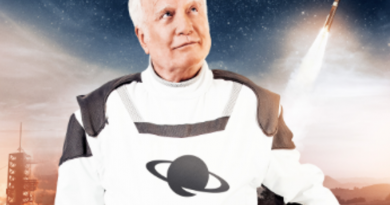 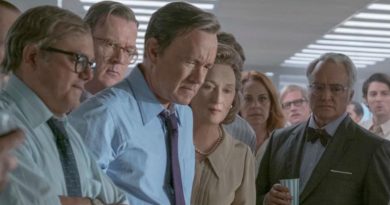