The phenomenon of sleep paralysis acts as the focus for Rodney Asher’s new documentary film The Nightmare. Blending Horror and documentary, the film speaks to sufferers of sleep paralysis and recreates their nightmares on the big screen. It is an odd way to look at the topic but after Asher’s astonishing debut documentary Room 237 (which shed light on a group of people’s bizarre readings and conspiracy theories behind Stanley Kubrick’s The Shining), would you expect anything less? So ahead of the film preying on the darkest phenomena of dreaming, Close-Up Film takes a look at 10 other documentaries that spread their wings in the realm of real world oddness. The scripts of independent cinema and Hollywood can create dazzling tales but even they might have thought some of these documentaries were stranger than fiction…

Werner Herzog won acclaim for his film Grizzly Man, however years earlier came a curious Canadian documentary from Peter Lynch. The film centres on Troy Hurtubise, who followed his dream of creating a suit that allows him to get up and personal (without being harmed) to Grizzly Bears. Capturing both the comedy and aspiration of its potentially barmy subject matter, Project Grizzly is another in a line of peculiar documentaries that remains hidden within the genre. It is well worth seeking out for those sick of the conventional stories/biographies or those who want to know whether Hurtubise still has his arms intact.

Murder is an unfortunate occurrence in our society but in the case of Joe Berlinger and Bruce Sinofsky’s (best known for their Paradise Lost documentary trilogy) feature debut Brother’s Keeper, things are far from clear-cut. This strange mystery Docu-drama looks at the unusual case of the near illiterate 59-year old Delbert Ward, who was accused of killing his older brother William. Delbert and his siblings lived in a rural New York farming community in squalid conditions and his brother William had been ill for some time and the film debates whether this was murder and if so, whether it was a compassionate killing. The piece drew acclaim for its look at the multi-layered story of family, law and community. Brother’s Keeper is a strange but powerful experience.

Films can be a difficult process, just ask Terry Gilliam, Richard Stanley, George Lucas, Steven Spielberg and David Fincher, however arguably no other director (Werner Herzog aside) faced as much stress on a set as Francis Ford Coppola on the set of Apocalypse Now. Regarded as a wartime classic nowadays, the film at many points seemed doomed to failure, as Hearts of Darkness: A Filmmaker’s Apocalypse, rightly points out. Fax Bahr, George Hickenlooper and Eleanor Coppala’s film told the whole strenuous tale of the making of a classic, from Brando’s weight issues to the set flooding. Coppala was nearly pushed over his limits by a film, which he surmises, “is not about Vietnam, it is Vietnam”. Heart of Darkness would also go on to inspire Ben Stiller’s parody Rain of Madness, which itself acted as the “behind the scenes” documentary for his feature Tropic Thunder (itself a parody of Apocalypse Now and Vietnam war movies).

Sometimes a film’s title is a metaphor, this is not one of those times. Agnieszka Piotrowska’s documentary looks at objectophilia (the love of an inanimate object over a person) in three women. It includes the legalised marriage to the Eiffel Tower and relationships with The Empire State Building and The Golden Gate Bridge. The film may bare the trademarks of a manipulative comedic fun-poke but instead is handled with far more affection, looking at the results of abuse and how it has changed these women’s conception of attraction. Married To The Eiffel Tower is a curious topic but one that tells an effective story.

Speaking of romance, Dan Klores and Fisher Stevens’ documentary about the relationship between Linda Riss and New York attorney Burt Pagach is a story of crazed obsession. The film tells the tale of a married Pagach, who sought out a relationship with the younger Riss. When complications caused the two to split, Pagach paid people to attack Riss with lye (leaving her scarred and blinded), Pagach would be jailed, but would later wed the very victim of his crimes, Linda Riss. The film asks whether this is true love or a woman ensnared by here crazed tormentor, leaving you with an unbelievable story to question and think about. Still a better love story than Twilight?


In Kentucky there is a small town called Rabbit Hash that has a population of little more than 300. It is an isolated community but as this list has already shown, sometimes this is where some weird and wonderful stories are waiting to be found. Jude Gerard Prest’s Rabbit Hash: Center of the Universe is a funny documentary that looks at the town and its reputation of electing dogs as mayors. That’s right, you read correctly, in fact the town’s current mayor is a Border Collie called Lucy Liu! The film is obviously humorous but is also a rather sweet exploration of an all-American community in all its quirky glory.

Sportsmen come in all shapes and sizes, from sumo wrestlers to Olympic sprinters, but endurance swimmer Martin Strel is a-whole-other breed of athlete. John Maringouin’s Big River Man looks at Strel as he attempts to conquer one of his fiercest adversaries yet – the Amazon River. Strel is a true eccentric who dines on horse burgers and drinks wine by the bottle, at 53 years of age, he is an endurance swimmer without equal and this rather mad little documentary tells an enticing story of determination meeting madness. Along the way Strel mingles with Amazonians, attaches electrodes to his head to maintain his sanity and faces constant danger of sunstroke and natural danger. This is a story about a man who can and will by any means necessary and is, in a bizarre way, quite inspiring.

From Fitzcaraldo to Bad Lieutenant, Director Werner Herzog has been through his share of crazy filmmaking processes. He is a keen and terrific documentary filmmaker and has lived about 1000 lives in his 73 years. From getting shot during an interview to eating his shoe to stay true to his word, Herzog has arguably led a crazier life than any film could ever dream of. The proof? Well his documentary My Best Friend is a good example, the film charts Herzog’s tumultuous friendship and collaborations with actor Klaus Kinski. A simple friendship this was not, Kinski and Herzog over the years had a friendship built on anger, creativity, and carnage: from offers of assassination to trashed accommodation. Ultimately though, they had an unusual bond and this documentary charts their unbelievable and frenzied journey together.

Recently making waves, after being screened here in the UK on Sky Atlantic, talented documentary filmmaker Alex Gibney’s Going Clear: Scientology and the Prison of Belief is an exposé that in many ways happened due to an accident. Based on the groundwork of Lawrence Wright’s 2013 book, Wright intended to understand the religion of Scientology but ended up discovering a world akin to Hollywood Sci-Fi/Thrillers. Gibney took this and expanded the research, speaking to former scientologists (including Director Paul Haggis) who tell a shocking, absurd and mind-blowing story of how the religion came to be and what torturous acts goes on behind closed doors. Going Clear is astounding, breath taking and controversial, to the point that much of the time you question what you have seen. And then, things get even weirder…

One of the most downright unbelievable real-life crimes makes for one of the best modern documentary films you could ever see. Bart Layton’s documentary is a film that is built around its core concept’s natural narrative so well that it shares many qualities of a traditional feature film. The film looks at the case of Texan boy Nicholas Barclay who went missing in 1994 aged 13, only to be found in Spain in 1997. However there is a twist, this was not Barclay, but confidence trickster Frédéric Bourdin (then aged 23!) but there is even more to this story than meets the eye. The less you know, the more The Imposter digs beneath your skin. Speaking to the major people involved in the scandalous tale, this is a literal Thriller that keeps you guessing which direction it will take. Layton constructs the story with depth, mystery and the odd moment of humour, which all makes for an unforgettable experience that affirms that often ‘truth is stranger than fiction’. 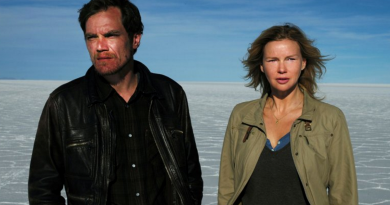