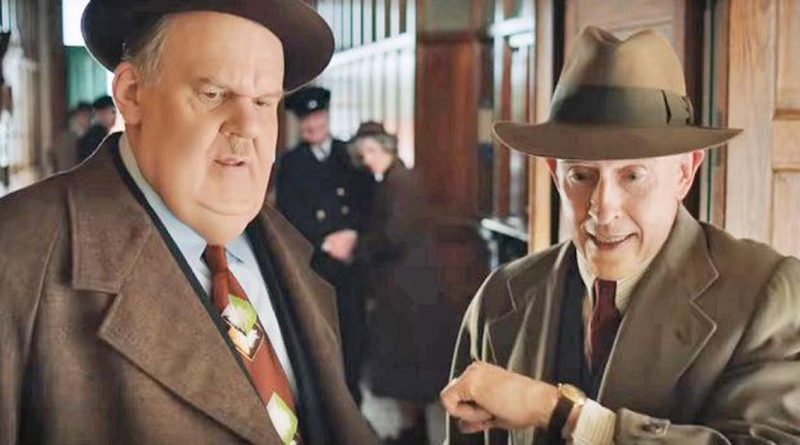 The London Film Festival 2018 has now finished. There were some terrific films. Too many films to cover all here. Some have now been released but others will come out in 2019 and will be reviewed then. Here are some of the top picks!

The first gala saw a new film by Steve McQueen. WIDOWS has a full review in Close-Up Film already.

Look out for the following:

WILDLIFE is Paul Dano’s first film as director. Great performance by Carey Mulligan as a wife left with a teenage son when husband (Jake Gyllenhaal) goes away to work fighting fires.

The title of the film, THE BILL MURRAY STORIES: LIFE LESSONS LEARNED FROM A MYTHICAL MAN tells you all you need to know about this film which has many amusing anecdotes about the actor.

JOY is a drama which often seems more like a documentary as it deals with sex trafficking with Joy, a Nigerian woman, at its centre.

Keira Knightley gives one of her best acting performances as COLETTE. The film shows us Colette and her husband ‘Willy’ in a relationship that tests the boundaries as she has affairs with both men and women.

The film GIRL features cisgender actor Victor Polster in his debut film. The actor plays 15-year-old Lara who is waiting for surgery to change sex. She desperately wants to be a ballet dancer.

Hugh Jackman plays Gary Hart, the Democratic candidate who was set to win the 1988 Presidential campaign in America. THE FRONT RUNNER is a political drama which shows how it all went wrong for Hart. It is directed by Jason Reitman.

BERGMAN-A YEAR IN THE LIFE is a fascinating documentary about the Swedish director, Ingmar Bergman. It focusses on 1957, the year that Bergman made The Seventh Seal and Wild Strawberries.

FAHRENHEIT 11/9 is the latest documentary from Michael Moore. He looks at Trump’s rise to power. He also criticises some of the actions of the Obama administration. This is a powerful film by an expert interviewer and film-maker.

LIFE ITSELF stars the wondrous Antonio Banderas who has lost none of his charisma as he has aged. He shares billing with Oscar Isaac, Olivia Wilde and Annette Bening in this complex love story which moves across the years, focussing on the love life of a New York couple.

Jessie Buckley is given the main part in WILD ROSE. She plays a single mother who is determined to make it as a country singer. Given a chance to demonstrate her lovely voice, Jessie is given the opportunity to display her acting chops in this unusual film which doesn’t end with grand success for the leading character.

THE KINDERGARTEN TEACHER has Maggie Gyllenhaal as a teacher who oversteps the mark when she tries to push forward the talented young boy who recites his own poetry in her class.

One of my favourite films was Peter Jackson’s THEY SHALL NOT GROW OLD. The director has re-made very old film from the first world war into colour and moving images. All the voices we hear are real men talking about their experiences. Not to be missed when it comes your way.

Being talked about already as an Oscar contender is THE FAVOURITE which comes out on general release in the UK in January. Very similar to the stage play recently on in London, the film, directed by Yorgos Lanthimos, is about Queen Anne (the amusing Oliva Colman) and her relationship with her great friend and confidante, Lady Sarah (excellent Rachel Weisz). The relationship is thrown into jeopardy when newcomer Abigail (Emma Stone) insinuates herself into Anne’s bed and into her heart. Sexy, amusing and female orientated this is one to see.

Another gem is PETERLOO, the latest film from Mike Leigh. A wonderful cast gives full-out performances in this story of the protest by ordinary working class people in Manchester, and, in particular, the huge meeting in 1819 which turned violent when police brutality resulted in many deaths and injuries.

THE WHITE CROW is a fictionalised version of the early life of Rudolf Nureyev. Not as true as the documentary Nureyev, it has a great performance by good-looking dancer Oleg Ivenko as Nureyev and, directed by Ralph Fiennes, is always enjoyable to watch.

One for tennis fans: JOHN MCENROE: IN THE REALM OF PERFECTION – the title tells you all! With excellent photography and great shots of some of his winning matches, we get an insight into McEnroe the man as well as the tennis champion.

A PRIVATE WAR, directed by Matthew Heineman, is a fictionalised biography of the war correspondent, Marie Colvin. Played by Rosamund Pike, the film is moving and gives a rounded picture of the dedicated reporter. 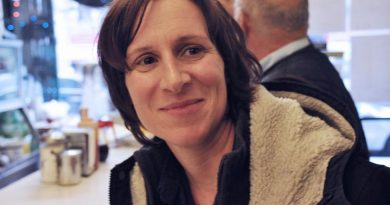 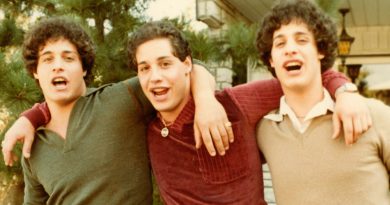