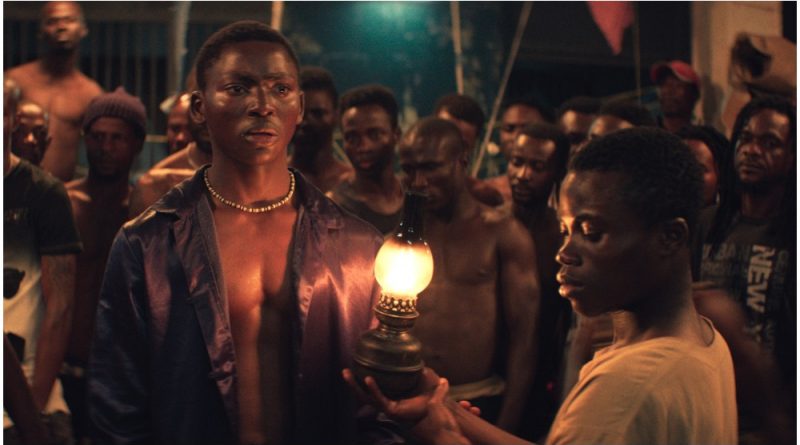 Altitude are thrilled to share a new clip from NIGHT OF THE KINGS, the acclaimed film from director Philippe Lacôte (RUN), which is out in UK and Irish cinemas and on digital now.

Spectacular, thrilling and absolutely unique, NIGHT OF THE KINGS is both an exhilarating tale of survival in one of the world’s most unforgiving environments and a beautiful ode to the power of storytelling.

When a young man (first-timer Koné Bakary) is sent to an infamous prison, located in the middle of the Ivorian forest and ruled by its inmates, he is chosen by the boss ‘Blackbeard’ (Steve Tientcheu, BAFTA and Academy-Award nominated LES MISÉRABLES) to take part in a storytelling ritual just as a violent battle for control bubbles to the surface. After discovering the grim fate that awaits him at the end of the night, Roman begins to narrate the mystical life of a legendary outlaw to make his story last until dawn and give himself any chance of survival.

NIGHT OF THE KINGS is written and directed by Philippe Lacôte, produced by Delphine Jaquet, Yanick Létourneau, Ernest Konan and Yoro Mbaye. Writer and Director Philippe Lacôte grew up in Ivory Coast’s largest city Abidjan near a movie theatre – the “Magic”. His work as a director has taken on several forms, before focusing in 2002 on the recent history of his country with CHRONICLES OF WAR IN THE IVORY COAST, a film on the edge between a documentary and a diary.

It was followed by the feature film RUN, the story of a wandering madman, starring Abdoul Karim Konaté (who also stars in NIGHT OF THE KINGS) and Isaach De Bankole. RUN was selected for Cannes Un Certain Regard 2014 and was also Ivory Coast’s official Oscar submission that year. NIGHT OF THE KINGS is a Banshee Films (France) production in coproduction with Wassakara Productions (Ivory Coast), Peripheria (Canada) and Yennenga Production (Sénégal).