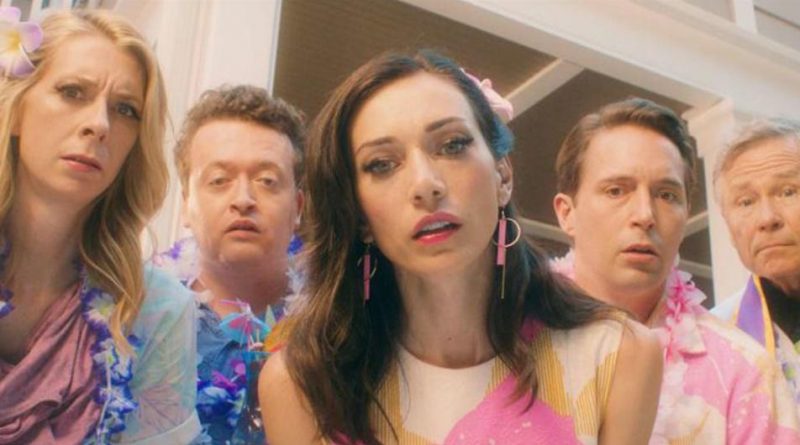 There were a number of films shown at the Picturehouse Central which will be on general release over the next few months. Some of these are mentioned below.

The recent festival presented 12 feature films from this year’s Sundance Film Festival in Park City, Utah, U.S.A., selected for London by the Sundance Institute programming team in collaboration with Picturehouse. The festival opened with the UK gala of LATE NIGHT, directed by Nisha Ganatra; written by and starring Mindy Kaling alongside Emma Thompson. Kaling is chosen, almost by accident, to be the new staff writer for a failing Late Night TV talk show. The host is played by Thompson who knows little about her writers except that they are all-male. Kaling’s character is chosen as a new element for the show. She and Thompson have a number of run-ins but mange to inspire each other. Lovely acting by the two stars made this a worthy start to the festival.

AFTER THE WEDDING, directed by Bart Freundlich, is a re-make of Susanne Bier’s 2006 drama. Now the two central characters are women. Michelle Williams plays Isabel, an American woman working in an orphanage in India. Julianne Moore (Freundlich’s real life wife) plays Theresa a wealthy woman who offers Isabel substantial finding. There is a catch though – Isabel must fly to New York to meet with Theresa and detail why her charity needs the funds. The meeting takes place on the day before the wedding of Theresa’s daughter, to which Isabel is invited. It’s after the wedding that the drama really takes off. As revelation follows revelation, we learn that the benefactor has not just chosen Isabel’s charity by chance. Well-acted by the leads and with lovely photography of India in particular, the movie is worth catching.

TELL IT TO THE BEES

stars Holliday Grainger as Lydia, a single mother with a 10-year-old boy, Charlie (Gregor Selkirk). She struggles to bring him up alone in Scotland in 1952. Following a bullying incident at school, Lydia takes her son to the local doctor, Jean, played by Anna Paquin. Not only is Jean a doctor, but also a beekeeper. Charlie is fascinated by the bees and tells them his secrets. The two women strike up a friendship and Lydia moves into Jean’s house with her son to become her housekeeper. When the friends become lovers trouble brews. This beautifully acted movie, with a great performance by young Selkirk, doesn’t have the usual expected ending. Always fascinating, not least for the episodes with the bees, it is another film that is well worth a visit. 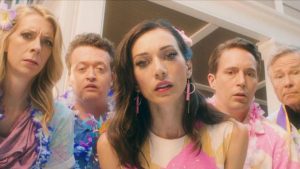 Each year there is a ‘Surprise film’ and there is always a lot of guessing before the film starts. This year proved a rich one. GREENER GRASS, directed by Jocelyn DeBoer and Dawn Luebbe, is a very strange film. It is a satire about the American dream where jealous friends want to have their what their neighbours have. The two directors wrote and also star in the movie.

The film starts with a couple giving their baby away ‘for ever’ to another couple. However, the mother later regrets her decision. Many other moments like this make the film constantly weird to watch and a continuous giggle. It hasn’t got a UK screening date yet…but it is worth watching out for! 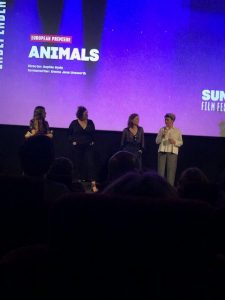 ANIMALS is out now. Laura (Holliday Grainger) and Tyler (Alia Shawkat) are best friends who share a flat in Dublin. When Laura falls for Jim, a dedicated pianist who refuses to spend time drinking at parties, the girls’ friendship is sorely tested. Lively performances and a good setting give us a picture of two young women living a life of pleasure in today’s world. 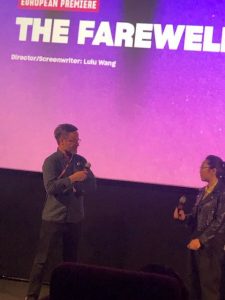 THE FAREWELL, which won the Audience Favourite Award for director/screenwriter Lulu Wang at the Sundance Film Festival, is a delightful Chinese film about a Chinese-American woman, Billi (Awkwafinia), living in America who returns home to be with her beloved grandmother who has been given a terminal diagnosis. The family know that the old lady is dying but have decided not to tell her. Billi thinks this is wrong and fights the family’s decision. The film is based on Lulu Wang’s personal story.

THE BRINK is a documentary film about the extreme right-winger, Steve Bannon. He joined the Trump campaign and was the White House chief strategist until he left in August 2017. He brought his right-wing ideology into the White House. This documentary follows Bannon through the 2018 mid-term elections in the United States. We see how he re-invents himself, now putting himself forward as the leader of a world-wide populist movement. He is very good at manipulating the press to get good, sympathetic coverage of his awful ideas. Directed by Alison Klayman, this might not be a pleasant watch, but shows how the right -wing is gaining ascendency in the US.