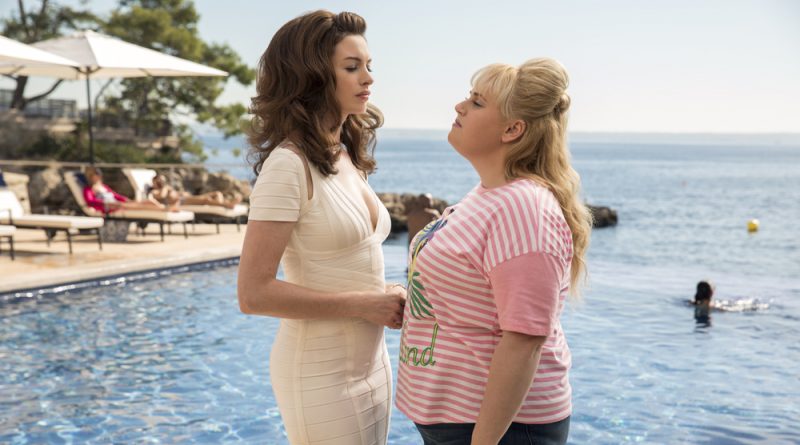 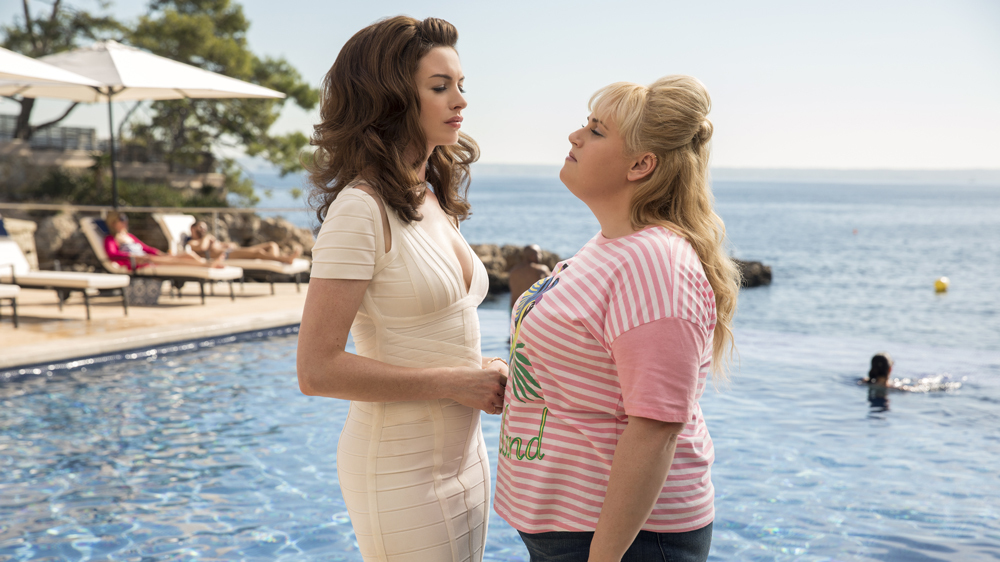 The Hustle is a gender switch remake of the 1988 comedy Dirty Rotten Scoundrels in which Michael Caine and Steve Martin played a pair of contrasting con-men working the French Riviera (which was in turn based on a 1964 film Bedtime Story). Nothing wrong with that.  A good idea is always in theory at least worth reworking, providing you can come up with a sharp new angle.

The con women here are a well contrasted and promising duo –  posh, elegant, stick thin and supposedly English Josephine Chesterfield (Anne Hathaway, doing her best with the accent) and distinctly less posh, less well dressed and very curvy Australian Penny Rust (Rebel Wilson).  Directed by British comedian and actor Chris Addison, making his feature film debut, the hope was for a sharp, feminist comedy about two smart women conning some of the dirty rotten (male) scoundrels of the world out of their unfairly accumulated wealth.  Sadly, that is not what we have here.

Set largely in a fictional South of France resort, when Penny shows up on her territory and she can’t shift her, Josephine agrees to train her in the more sophisticated aspects of the art of con but the relationship is more one of rivalry than co-operation.  Eventually they realise that one of them has to go and they agree that the first one to con $500,000 out of an agreed mark will take the territory and the loser will leave town.  Their victim is Thomas (Alex Sharp), who has made his millions from inventing an internet app.  But he seems such a nice young guy that Penny falls for him and the plot (theirs and the film’s) goes even more pear shaped.

Hathaway wears some great outfits and adopts a number of accents – at one point she plays a German therapist who claims to be able to cure Penny, who is posing as a blind girl as part of her particular plan – but the chemistry between the two women fails to take off and a lot of the humour is merely coarse and somewhat brutal rather than funny.   Wilson hogs much of the limelight – she is also producer on the film – and her sweetly pretty face is appealing but there is a total lack of wit and true invention in the film and far too few really good jokes.  The one really effective one is a good tip on what frock to wear if you’re a con woman being chased by your victims and need to hide.    Otherwise this hustle is a sad disappointment and a bit of waste of Hathaway in particular. 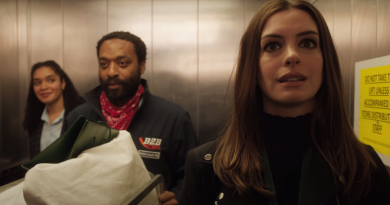 ‘Locked Down’ Trailer: Hathaway, Ejiofor Pull Off a Quarantine Heist