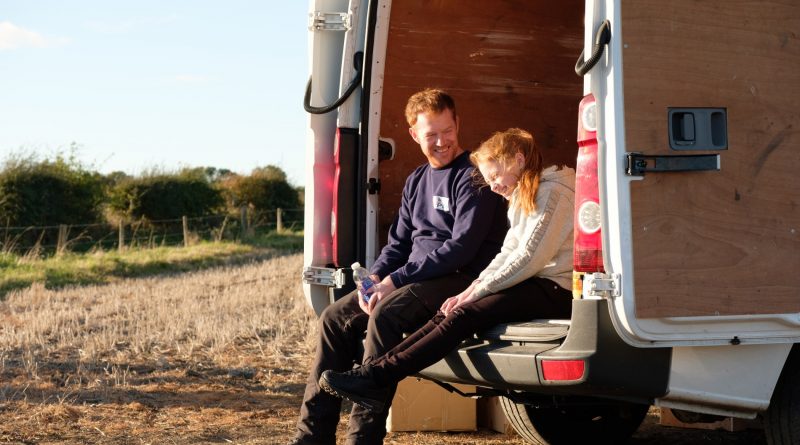 Following his wonderful I, Daniel Blake, you would think that director Ken Loach had already covered the woes of the poorly employed and unemployed. But you would be wrong! Sorry We Missed You is a searing condemnation of those on low or zero hours or, as in Ricky’s case, so-called ‘self-employed.’

Ricky (Kris Hitchin), having lost his job as a labourer in the building trade in Newcastle, is struggling to find work. Persuaded to work as a self-employed parcel delivery man, he joins the PDF (Parcel Delivery Fast) as part of a franchise. The always unsympathetic boss of the depot, the loud-mouthed Maloney (Ross Brewster) explains that Ricky is responsible for buying or leasing his own van and looking after it. He also has responsibility for his own tracker and the parcels and contents he delivers. In addition he has to meet delivery time targets. Failing on any of these will incur fines. In spite of the fact that his wife, Abby (Debbie Honeywood) needs their car to get from job to job as a home carer, Ricky insists they sell it to buy a van for his new work.

Meanwhile their son Seb, a bright boy who is not keen on school, skips lessons to hang out with a group of lads who are into graffiti When he gets in trouble with the police, Ricky is forced to take some time off his delivery work to rush to the police station. Matters deteriorate for poor Ricky from there. Things are not much better for Abby, who finds it hard to get to all her clients and see to them in the short time she has been given for each one. She has to cope with some very stressful situations at work as well as at home.

It’s a sad film in that it deals with an underclass who are willing to work hard but find themselves thwarted when they desperately try to just survive. However, screenwriter, Paul Laverty, manages to insert some humour into a few of the family scenes.

The acting, under Loach’s direction, is as usual in his films, absolutely superb. Ken Hitchin beautifully portrays a man gradually falling under the burden of caring for his family. His wife, as inhabited by Debbie Honeywood, shows us how one can be torn apart by trying to do the best for a husband, while also caring for their children and holding down a demanding job. The smaller parts are also well characterized. The two children, Rhys Stone and Katie Proctor give lovely performances and the bully of a boss is well depicted by Ross Brewster in a telling cameo part.

Not exactly a date movie but one of the best films this year.