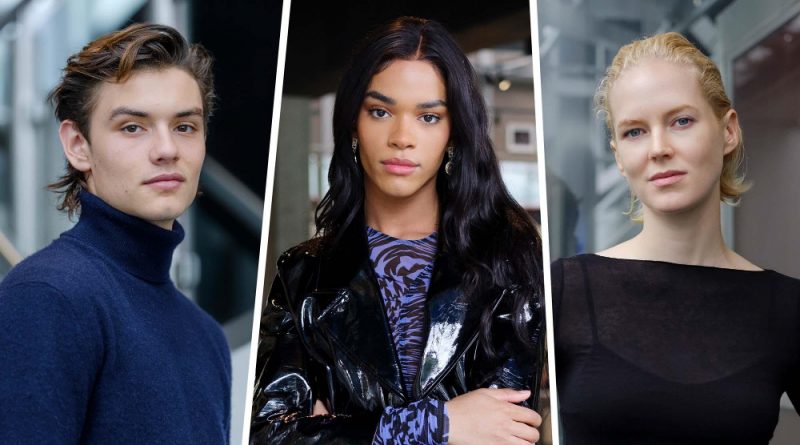 Screen International has revealed its 2022 picks for this year’s Stars of Tomorrow, the annual showcase of the UK and Ireland’s most exciting young actors, directors, writers, producers and heads of department.

All of this year’s UK & Ireland Stars of Tomorrow will take part in a special event in London on July 7. Prime Video return as Headline Sponsor, with ScreenSkills and the BFI London Film Festival continuing their longstanding relationships as Supporting Partner and In-Kind Partner respectively.

Curator of Screen’s Stars of Tomorrow Fionnuala Halligan said of this year’s selection: “Stars of Tomorrow enters its 19th year triumphantly, having carried on through the pandemic and out the other side with this year’s dazzling array of talent. What started out as a feature in 2004 highlighting young UK talent who seemed to be on the verge of breaking through internationally — and my, how they did – has now become an institution, a labour of love which is one of the highlights of the year for Screen International’s team. We remain a proudly independent trade publication, the only one of its kind in the world, and Screen Stars of Tomorrow is a proudly independent selection of the best of the UK and Ireland’s talent every year.

We congratulate the cohort, as equal and diverse as ever, on their selection, and look forward to following them through their careers.”

As in previous years, Screen has paired up some of the stars with a mentor in their field to give them the opportunity to ask questions of an experienced professional. This year, Star of Tomorrow Rosy McEwen talked to actor Eddie Marsan, Cleona Ní Chrualaoi to producer Fodhla Cronin O’Reilly and Ruth Greenberg to director Sally El Hosaini. (O’Reilly and El Hosaini are former Stars of Tomorrow themselves.)

Returning Headline Sponsor Prime Video continues its commitment to championing the discovery of new talent. Head of Amazon Studios, Europe, Georgia Brown said: “I’m thrilled that Prime Video is once again supporting this year’s Stars of Tomorrow initiative. Reflecting the truly varied and diverse experiences of our audience is vitally important to all of us at Amazon Studios which is why I’m so heartened to see such a distinctive collective of talented young actors, writers, directors, producers and creatives in this year’s cohort. It’s important that that diversity is reflected not only on-screen but amongst those making key decisions behind-the-scenes on productions, so it’s fantastic to see talented producers, writers, casting directors and make-up professionals being celebrated too. I can’t wait to see what this exceptional group goes on to do, whether that be on our own Amazon Original TV series or movies for Prime Video, or elsewhere in the global TV and film industry. The world is at their feet!”

The UK & Ireland Stars of Tomorrow took part in an exclusive photoshoot at the BFI Southbank, shot by Peter Searle, to be published in Screen International. For access to these images please contact Screen’s art director Peter Gingell. Email: peter.gingell@mb-insight.com

Siobhan Cullen (Straight Line Crazy, The Dry)
Hazel Doupe (Calm With Horses, You Are Not My Mother)
Yasmin Finney (Heartstopper, Doctor Who)

Adjani Salmon (Dreaming Whilst Back, Woozie)