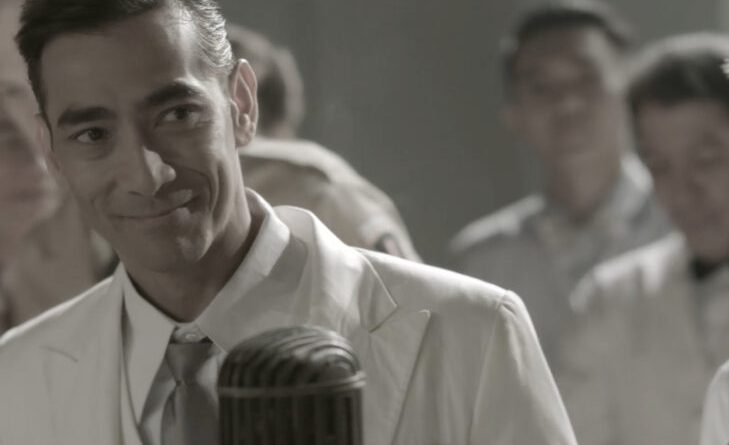 This is very closely based on the true story of how the Philippine President gave sanctuary to some 1,200 European Jews. Most people in this country are not really aware of this happening and so would be ready to be enthralled by the tale. Unfortunately, it comes across as rather dull. There is a lot of dialogue, much of it stilted, and very little action.

The film begins with the exiled Philippine President, Manuel Quezon (Raymond Bagatsing), sitting in New York in 1944 watching the Nazi camps being liberated by the allies. We then go back to 1938.

The US govern the Philippines and control its borders. The president is asked by one of his poker companions to give sanctuary to German and Austrian Jews who have been refused entry to the US and to Canada. Quezon has two US allies. He is friendly with Colonel Dwight Eisenhower (David Blanco), who later became US President and the high Commissioner, Paul McNutt (James Paoleli) and together they devise a plan to bring 10,000 Jewish refugees to the Philippines.

In spite of resistance from his Vice-President and some of the Americans in charge, he is supported by the people and his wife, Aurora (Rachel Alejandro). She is very concerned about the President’s illness: he suffers from tuberculosis (which would later kill him). However, the Nazis finally agree. Visas are given to 1,200 Jews to enter the county in 1939. The rest were not brought in because of the invasion of the Philippines by the Japanese.

Bagatsing is suitably attractive and charismatic as the President and there is good chemistry between him and Rachel Alejandro as his wife.

Unfortunately, what could have been an exciting story told in a dramatic way, is reduced to very little movement and much too much talk so we are left with a somewhat dull, unconvincing melodrama