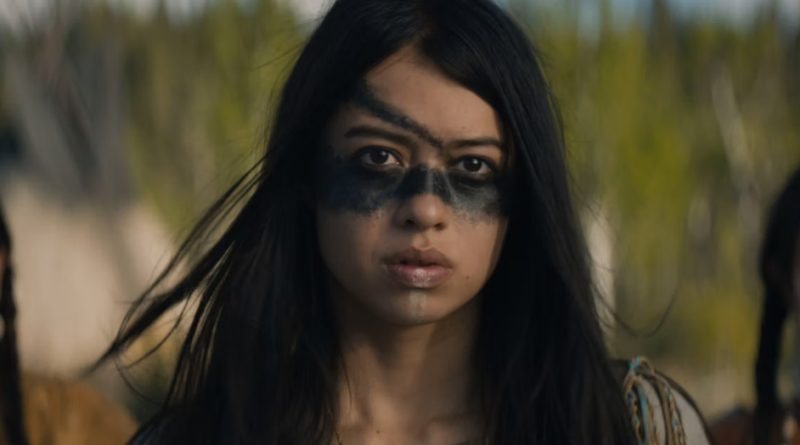 In addition to the gala screening, Amber Midthunder and Jhane Myers took part in a live Q+A panel with The Female Lead across TikTok, hosted by content creator Sarel Madzebra (CocoSarel).

The newest entry in the “Predator” franchise, 20th Century Studios’ “Prey” is an all-new action-thriller set in the Comanche Nation 300 years ago. It is the story of a young woman, Naru, a fierce and highly skilled warrior who has been raised in the shadow of some of the most legendary hunters who roam the Great Plains. So when danger threatens her camp, she sets out to protect her people. The prey she stalks, and ultimately confronts, turns out to be a highly evolved alien predator with a technically advanced arsenal, resulting in a vicious and terrifying showdown between the two adversaries.

“Prey” is directed by Dan Trachtenberg, written by Patrick Aison (“Jack Ryan,” “Treadstone”), and produced by John Davis (“Jungle Cruise,” “The Predator”), Jhane Myers (“Monsters of God”), and Marty Ewing (“It: Chapter Two”), with Lawrence Gordon (“Watchmen”), Ben Rosenblatt (“Snowpiercer”), James E. Thomas, John C. Thomas and Marc Toberoff (“Fantasy Island”) serving as executive producers. The filmmakers were committed to creating a film that provides an accurate portrayal of the Comanche and brings a level of authenticity that rings true to its Indigenous peoples. Myers, an acclaimed filmmaker, Sundance Fellow and member of the Comanche nation herself, is known for her attention and dedication to films surrounding the Comanche and Blackfeet nations and her passion for honoring the legacies of the Native communities. As a result, the film features a cast comprised almost entirely of Native and First Nation’s talent, including Amber Midthunder (“The Ice Road,” “Roswell, New Mexico”), newcomer Dakota Beavers, Stormee Kipp (“Sooyii”), Michelle Thrush (“The Journey Home”), Julian Black Antelope (“Tribal”). The film also stars Dane DiLiegro (“American Horror Stories”) as the Predator.

“Prey” will stream exclusively on Disney+ from the 5th August, 2022.