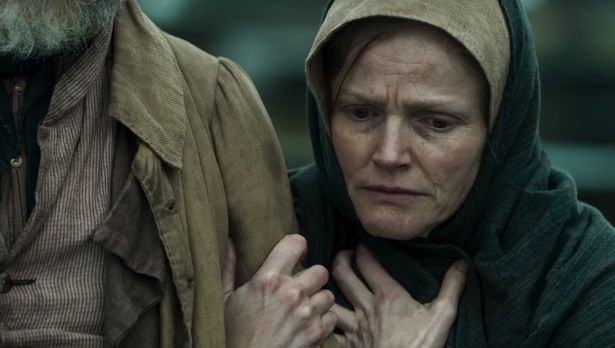 Mike Leigh’s long awaited passion project provides a useful dramatised history lesson, which I could have done with when doing my history O level many years ago!   It’s also a  powerful and uncomfortable story from England’s political history, which surprisingly or perhaps not has never before according to Leigh been the subject of a feature film.

The notorious Peterloo massacre, as it became known, took place in 1819, four years after the Duke of Wellington’s victory over Napoleon in 1815.   Peaceful protestors gathered in St. Peter’s Field, Manchester and on government orders cavalry charged into the unarmed crowd, killing an estimated 15 people and injuring up to 700.

The story begins with the final scenes of carnage at the Battle of Waterloo.  The camera then picks out one lonely figure in a red coat.  It is traumatized conscript Joseph (David Moorst), now making his way on foot back to his family in Manchester.  That family – Mother Nellie (Maxine Peak), father Joshua (Pearce Quigley) and their various children and grandchildren, are poverty stricken mill workers, products of the industrial revolution, struggling to keep body and soul together on long hours, starvation wages and ramshackle, inadequate housing.

But the workers of Manchester are becoming politically aware of the unfairness of the haves and have nots society (ring a bell here?) and are starting to call for universal franchise and social reform, while the government of the day, which has awarded Wellington a grant from public funds for his success in battle of £750,00 (a decent sum today and a fortune at that time), fear they could be facing another revolution like the one in France only a few years earlier.

Spearheading the reform movement are various articulate workers and educated and wealthier sympathisers.  They include Henry Hunt (Rory Kinnear), a west country landowner, who is due to speak at the St Peter’s Field protest and a group of journalists, including John Knight (Philip Jackson) on the local Manchester Observer (later the Manchester Guardian).

While historically accurate the story gets bogged down and loses emotional impact by concentrating too much on the political oratory of the many political meetings, which would work in a theatre staging but is too heavy going for a film.  The speeches go on forever, one after another and we don’t learn much about the men (almost always men!) who are making them. There is little flesh on their political bones.  Even the brilliant Rory Kinnear has difficulty bringing Henry Hunt to life, until scenes later in the film when he is forced to interact more closely with the ordinary people – though there’s a nice touch in his obvious unease after an earlier speech, when members of the audience try to engage him in conversation, rather like fans trying to get close to a rock star.

The political point of the unjust society is made far more effectively in the scenes involving the workers’ actual battle to survive in such dire poverty and injustice.   Men being sentenced to deportation or even execution for stealing a loaf of bread or a coat; Joseph’s mother, struggling to buy food to feed her family and desperately bargaining for an extra egg.

While having justice on its side, the story is also more than somewhat over partisan in its telling.  The workers are without exception saintly in their struggle, the establishment figures sneering, evil caricatures.  They include a bizarre performance from Tim McInnerny, whose Prince Regent comes over like an overpainted middle aged woman and Prime Minister Lord Liverpool (Robert Wilfort), Home Secretary Lord Sidmouth (Karl Johnson) and military commander Gen. Sir John Byng (Alastair Mackenzie), almost cackling over their plans to grind the workers into the dust.

The actual massacre when it comes though is spectacular, shocking and very effectively staged.  The sight of armed cavalry in their toy soldier uniforms trampling people with their horses, slashing women and children with their sabres and of a baby torn from its mother’s arms and trampled underfoot cannot but fail to move.   The film’s heart is firmly in the right place but it is a pity, with what is such an important story that we couldn’t have had more emotional engagement and less in the way of interminable political rhetoric. Jeremy Corbyn however should love it! 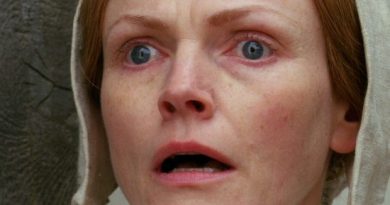 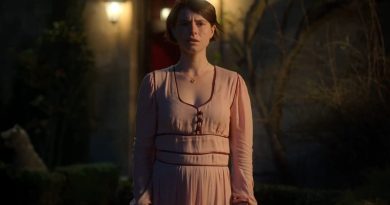 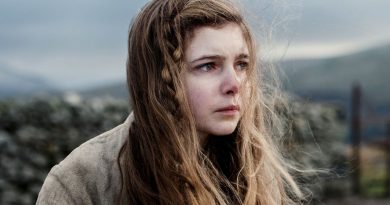