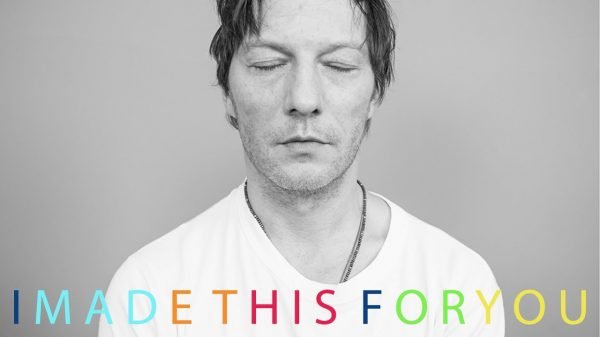 I Made This For You, a feature film on mental health that some viewers have thanked for saving their lives, has extended its free availability until 25th October due to huge demand and Channel 4 pickup.

I Made This For You was originally released on youtube by director Cristian Solimeno on 10th September to mark World Suicide Prevention Day. The plan was to run it for free until World Mental Health Day. However, over the past month,  Cristian has been overrun with moving comments and people getting in touch saying the film has saved their life. High profile fans include Clare Balding, who introduced it to Channel 4.

I Made This For You follows a man, played by Gary Grant (Enemy Lines), who cuts himself off from his friends and family and has recently attempted suicide. He is pulled back from the edge by a documentary made about his life by a friend, played by director Cristian Solimeno (Guilt, Rush, Footballers Wives). His friends also include Alison Newman (Eastenders, Footballers Wives) , Dermot Murphy (Animals, The Drummer and The Keeper), Francis Magee (Star Wars: Rogue One, Game of Thrones) and West End star Siobhan Dillon (Cabaret, Grease, Sunset Boulevard, Miss Saigon).

The viewer only has to travel as far as the comments section on Youtube to see how much this film has struck a chord with its audience. Comments read, ‘Utterly true. Utterly devastating’, ‘this film has made me cry my heart out’, ‘A vitally important film. Well done to all who made it.’ and ‘Thank you for making such a brilliant film and being part of a really important conversation’.

I Made This For You is dedicated to Billy Yates, who tragically took his own life after playing one of the friends of Gary Grant in this film.

Following the film, Director Cristian Solimeno also created the #imadethisforyou social campaign. The campaign invites people to take a moment out from their lives to try and make something for someone who is going through a hard time and share these acts of kindness for the week of World Suicide Prevention Day.

The aim is to create an explosion of love, kindness and creativity that empowers people to reach out and gives us the confidence to actually try. It can be a cake, a card, a jumper or a song.

The point is to make things with other people in mind and to give these things away to show you care. Random acts of kindness count and can make a real difference.
I Made This For You will is available NOW for FREE on Youtube and All4:
https://www.channel4.com/programmes/i-made-this-for-you
https://youtu.be/SWLhoUr2vCM