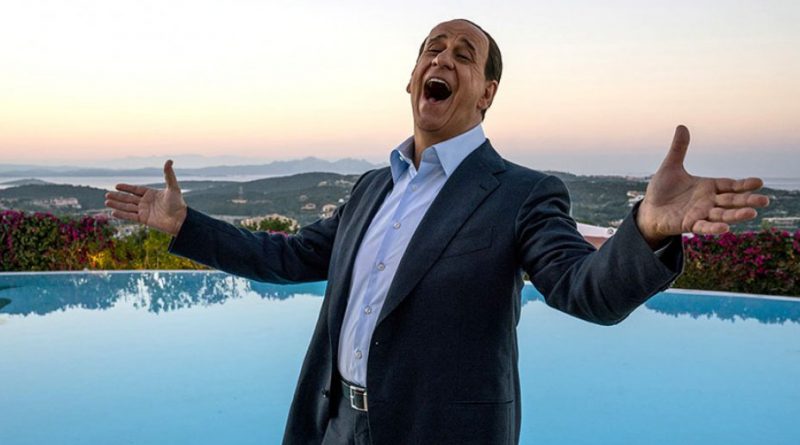 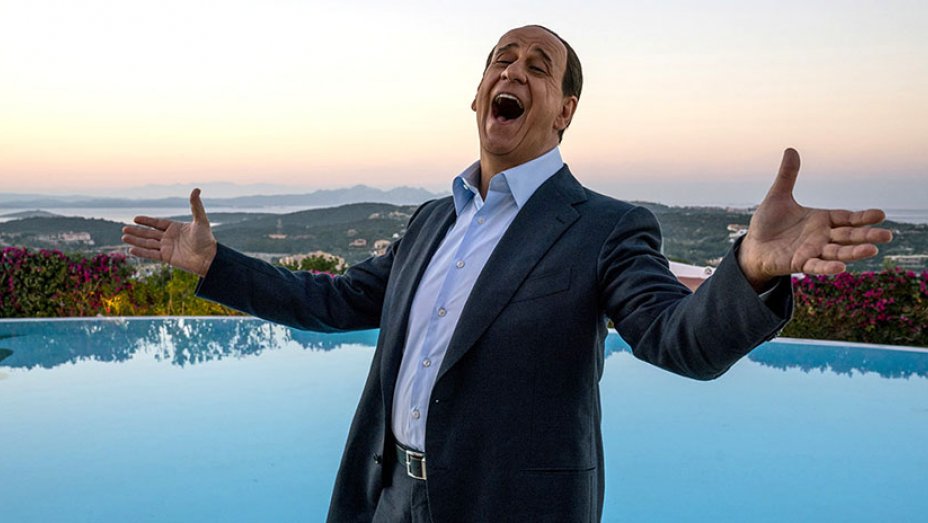 Most of us only know Silvio Berlusconi through reading newspapers and on-line. Here we have Toni Servillo as Berlusconi presenting a self-centered pre-Trump figure of ambition for and love of power. Known as Loro (them) or Lui (him) he is shown with very black hair, plastered to his head. His face is white and almost unmovable.

The story is mainly about Sergio (Riccardo Scamarcio), a Lui obsessed low life, but it is Berlusconi we are really interested in. Sergio, who makes his money by obtaining prostitutes for businessmen to help seal deals, worships Berlusconi from afar. He decides to spend as much money as he can get hold of to rent a villa just across from his idol’s mansion. Sergio fills his place with very young pretty girls, almost all prostitutes, and puts on a huge pool party. He is trying to get Silvio’s attention so that the former Prime Minister will come and join them. Although Sergio flirts with the girls, he is really still in love with his wife, Tamara (Euridice Axen).

The movie is actually two films which have now been mixed together to form this one, directed by Paolo Sorrentino. It is often rather muddled in form. Along with humorous parts, there is some fine acting, especially by Servillo, which is particularly noticeable when we see him trying to woo his wife back. Veronica (Elena Sofia Ricci) no longer even likes the husband she has been married to for 26 years. She hates his general way of life.

Servillo captures the reptilian-like movement and behaviour of the ex-Prime Minister. It is difficult to know how much is accurate, but after seeing this film, one can begin to understand how accusations against Berlusconi might well be true!

If you can’t find the film near you then get the DVD or Blu-Ray, available on 24 June.