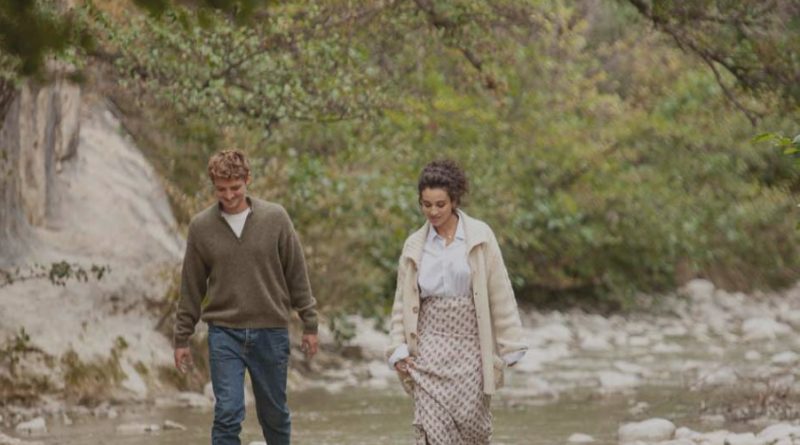 The third annual edition of London Film Week takes place in a hybrid version from the 1st until the 7th of December 2020, available UK wide on the newly launched online platform yuzzi, and at the Everyman Cinema in London.

The seven-day festival is a vibrant celebration of today’s new artistic work, raising awareness and promoting the various aspects of international cinema in all its forms. “We believe that in this saturated world, it is important to bring attention to world cinema’s diversity and to shed light on worldwide issues that may have been dismissed otherwise. This idea is at the very core of London Film Week, which works towards offering a unique cinematic experience by allocating a very limited and curated offer, for each film to shine and meet its audience”, says Julien Chapelle, founder and artistic director of London Film Week.

Amongst the large number of outstanding films submitted, ranging from social, historical and political features to documentaries and short films, 14 feature films and 21 short films have been selected to be part of this year’s first hybrid digital edition. All the titles have yet to be released in the UK and are available to watch online on yuzzi between 1-7 December 2020. A limited amount of in-person screenings are set to take place in London.

In-person screenings at the Everyman Cinema Broadgate include Love Affair(s), by Emmanuel Mouret, a film selected at Cannes 2020 weaving together a series of tales, centered around one fated couple, with stars Niels Schneider, Camélia Jordana and Vincent Macaigne.

The festival’s highlights include the UK Premiere of the Cannes Short Film Palme d’Or I Am Afraid to Forget Your Face, directed by Sameh Alaa, the first Egyptian short film to be awarded this prize and feature film Quo Vadis Aida?, by Jasmina Zbanic, which had its world premiere at the Venice Film Festival. Quo Vadis, Aida? is a gripping and tragic feminist drama about the Bosnian genocide, a terrifically harrowing historical film that’s impossible to forget. Jasmina Zbanic’s work includes the 2006 drama Grbavica: The Land Of My Dreams which won that year’s Berlinale Golden Bear.

Other UK Premieres, all three labelled “Festival the Cannes 2020”, include February, a quiet, meditative and oddly affecting feature cements Kamen Kalev’s status as one of Bulgaria’s foremost filmmaker; The Death of Cinema and My Father Too, by Dani Rosenberg, a highly personal story of the director’s relationship with his father, their shared love of cinema, and his father’s illness, mixing fact, fiction, and autobiography as the film grapples with the big questions of life and death; and Should the Wind Drop, by Nora Martirosyan, which takes place at Stepanakert Airport, just 15 km of where the current conflict takes places between Armenia and Azerbaijan. “This is a haunting film that despite being anchored in a distant and poorly known corner of the earth carries a universal message of freedom, vitality and emancipation,” commented producer Julie Paratian.

London Film Week is also pleased to host the UK premiere of Lance Oppenheim’s documentary feature Some Kind of Heaven, a powerful testimony on the lives of four retired Americans living off the grid in a vast retirement home in Florida. Some Kind of Heaven, produced by Darren Aronofsky, was the only non-fiction entry of the NEXT section at Sundance Film Festival 2020 and Lance Oppenheim was recognized as one of the 25 faces of independent film 2019 according to Filmmaker Magazine.

This year’s short film selection includes British comedy Shuttlecock (just awarded best Short Film at the BFI London Film Festival), The Present which stars renowned actor Saleh Bakri and qualified for the 2021 Oscars, sheds light on how Palestinians are deprived of the basic right to freedom of movement, and animation film Blue Fear, a hallucinogenic film that was picked for the Cannes Official Selection.

MY ENGLISH COUSIN, by Karim Sayad

SHOULD THE WIND DROP, by Nora Martirosyan

THE DEATH OF CINEMA AND MY FATHER TOO, by Dani Rosenberg

The seven nominated films are competing for the following awards: Best Short, and Jury Prize.

I AM AFRAID TO FORGET YOUR FACE, by Sameh Alaa

THE PRESENT, by Farah Nabulsi

SOME KIND OF HEAVEN, by Lance Oppenheim

WOMAN OF THE PHOTOGRAPHS, by Takeshi Kushida

A HOLE, by James Solomon

ANY INSTANT WHATEVER, by Michelle Brand

IN HOPE OF NOTHING, by Peter Hamblin

TO THE GIRL THAT LOOKS LIKE ME, by Ewurakua Dawson-Amoah