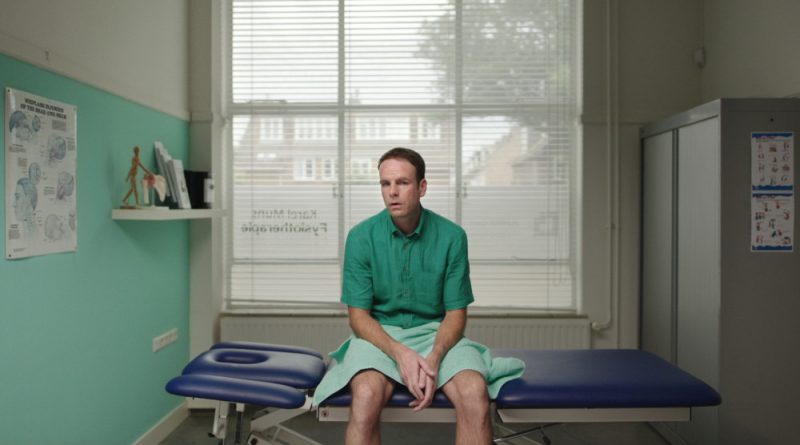 Short Calf Muscle, directed by Victoria Warmerdam, has been announced the winner of the Iris Prize 2020, Cardiff’s International LGBT+ Short Film Prize, supported by The Michael Bishop Foundation. This was the first time in the festival’s 14-year history that a film from the Netherlands has won. The £30,000 prize enables Victoria to make a new short film in Wales, becoming the thirteenth Iris production.  Better, directed by Michael J. Ferns, wins Best British Award.

The winners of all Awards categories were announced at a special awards ceremony on Saturday night marking the successful end to the unique virtual festival that has attracted a UK wide audience to watching film screenings and talks online for free, which included the UK premiere on opening night of Lloyd Eyre-Morgan and Neil Ely’sS.A.M.

The international winner of Iris Prize is Victoria Warmerdam for SHORT CALF MUSCLE from the Netherlands.

Philip Guttman, from the Iris Prize iury says, “Short Calf Muscle captures a universal sense of being misunderstood in an hilarious yet absurd comic tone, setting it apart in a class of its own. Piquant dialogue, accomplished storytelling and tongue in cheek acting are distilled into a potent black comedy, where Anders, a gay man, suddenly finds himself labelled to be a “gnome” by everyone around him, harkening to our own society that all too often misgenders or misidentifies others. Filmmaker Victoria Warmerdam masterfully tackles themes of prejudice and societal authoritarianism, captured through an impeccable Stepford style lens which contrasts the loss of control in a world gone mad. Ms. Warmerdam reveals herself to be a singular, exciting and rising comedy director”.

The film was the chosen nomination of Iris partner festival Roze Filmdagen; Amsterdam LGBTQ Film Festival. Werner Borkes, the festival’s Director, said of Victoria’s win, “as a festival we are already extremely honored that we have been a nominating festival for years, but we are all the more proud that our nominee actually takes the prize home. (Eight times is a charm). It is great to see how very ‘Dutch’ the film is in tone and style, but still connects with an international audience through its original but still universal relatable story about whether or not to be different.”

The shortlisted finalists also included Runner Up Victoria,as well as Boys and On My Way.

Of Victoria, jury members and previous Iris Prize winners Lara Zeidan and Sarah Smith say, “A brilliant setting for a simple and touching story perfectly contained within one scene. The shifting of perspectives deftly executed in the writing and directing gives voice to both characters’ complicated emotions. The performances, the pacing, the compositions, the colour palette, and the use of the Victoria Amazónica as metaphor, all work in harmony leading towards a beautifully poetic ending, and demonstrate a remarkable command of the craft of filmmaking”.

OfBoys, Mikael Bundsen and Philip Guttman, say,“In Banim (Boys),filmmaker Lior Soroka, draws us into an aching coming of age story depicting one teen’s fight for independence and his mother’s struggle to let go, while simultaneously evoking questions about gender norms in contemporary society. With its riveting performances, the striking complexity in the character’s relationships, and for what is left unsaid, but deeply felt, Soroka has captured our hearts and our imaginations”.

OfOn My Way,Mikael Bundsen says, “Filmmaker Sonam Larcin crafts an intimate story potent with questions to reflect on long after the film’s running time. Complex characters navigating the conditions of a vulnerable migrant to a clandestine gay relationship teetering on the edge are masterfully brought to life by a stellar cast. It’s beautiful, accomplished and it leaves us passionate to see more”.

The winner of Best of British short films is Scottish-born Michael J. Ferns for BETTER.  The other films that made the final shortlist are Runner UpQueens, as well asThe Passing andWings.

Tim Highsted, Senior Editor, Acquired Feature Films for Film4, who chaired the jury for Best British Short, commented: “The quality and range of this year’s Best British Short film contenders has been excellent – so much so that the jury was spoiled in having to choose a winner. Michael J Fern’s short film Better was distinctive for its quietly controlled and beautifully orchestrated examination of gender as a young mother tries to cope with the bullying of her young son at school. Our other shortlisted titles, Queens, The Passing and Wings raised the bar in their unique portrayals and studies of LGBT+ lives and stories.”

Additionally, cementing the first of a three-year sponsorship deal with Film4, all 15 films in Best British programmes will be available for free streaming on All 4 from 11thOctober.

Best Performance in a Male Role in a Feature Film, sponsored by Attitude, was awarded to Leandro Faria Lelo fromDRY WIND, directed by Daniel Nolasco and distributed by TLA Releasing.

Lewis Bayley, chair of Best Feature jury made up of film students from Bournemouth Film School, says , “The award for Best Performance in a Male Role is awarded to Leandro Faria Lelo in Dry Wind, whose compelling performance of sexual desire captivates the audience and explores the intensity of yearning in the monotonous confines of an oppressive system”.

He adds, “an honourable mention to Oscar Chiu’s performance in The Teacher, where his gentle and tender performance exposes the audience to the realities of life in Taiwan as a queer teacher through his vulnerability, and spark that commands attention to this quiet protagonist”

Best Performance in a Female Role in a Feature Film,sponsored by Diva, was awarded to Lena Urzendowsy for COCOON.  The winner was announced pop legend Heather Small.

Of Lena’s performance, Lewis says, “The award for Best Performance in a Female role goes to Lena Urzendowsky. Lena’s honest and raw portrayal of Nora in Cocoon captures a teenager in a time of self-discovery, complicated by the dramas and vices of those closest to her. In this beautiful coming-of-age story, Lena holds the attention in each frame she appears with quiet nuance and vulnerability”.

“The jury would also like to draw attention to recognise the performance of Alexandra Grey in Gossamer Folds,whose warmth and determination to live authentically serve as a beacon of hope in a film where so many characters exist in a state of such uncertainty. Although the film is based in 1986, the relevance to the world today are particularly poignant and a reminder of work yet to be done, and Alexandra’s performance is nothing short of essential”.

The Best International Feature Film Award, sponsored by Bad Wolf, is won by COCOON, directed by Leonie Krippendorff and is distributed in UK by Peccadillo Pictures.

Of Cocoon, Lewis Bayley says, “The winning film is an honest and open coming of age story, addressing its lead’s sexuality with delicacy and heart that speaks directly to personal experiences. The innocence of self-discovery, in the midst of the complexities of the lives of those around us are explored with nuance and authenticity. The supporting visages are dreamlike, relatable and beautifully rendered”

The winner of the Youth Jury Award is WINGS from UK director Jamie Weston, and the runner-up is Luca Padrini’s When In Rome (Paese Che Vai).

The four short-listed films, chosen from 35 nominees for the main Iris Prize, wereWings,My God I’m Queer,When In Rome (Paese Che Vai)andSnake, which had been specially programmed by a group of young people from Into Film and Pride Cymru and then voted for by young people from schools across Wales.

One of the additional innovations for this year is the introduction of the Co-op Audience Award, the natural next step in the strong relationship with the Iris Prize, started by Co-op Respect. This year Co-op shoppers will be encouraged to watch the 35 short films – and vote for their favourite.

Those who votes will be eligible to win a trip to attend the 2021 Iris Prize LGBT+ Film Festival in Cardiff, the prize will include train travel within the UK, hotel accommodation and a full VIP Pass for two people. Other prizes include luxury Co-op Hampers, just in time for Christmas! When can I vote? Voting for the Co-op Audience Award opens on Wednesday 7 October and closes on Saturday 31 October 2020.

Lord Glendonbrooksaid during his address: “The Iris Prize continues to be the world’s largest short film prize and I’m delighted that through The Michael Bishop Foundation we have been able to support the winners, to create new short films. These Iris Productions are wonderful opportunities for the film makers to be given the freedom to share our stories to a world that sometimes ignore us and sometimes hate us.”

Andrew Pierce, Iris Prize Chair says “Against the odds, film makers, sponsors and our UK audience have come together this week to celebrate our stories through film. As David Llewellyn mentioned duringIris Live!,“We may be watching these films in separate rooms, but we’re still watching them together.”