At the start of Ill Manors, the feature film debut of writer-director Ben Drew (a.k.a Plan B), one dreads a vulgarly obscene and pointlessly violent film set in London’s youth gang/drug culture that fails to distinguish itself from the shadow of previous works in the sub-genre. Certainly in both his screenplay and direction Drew hardly aspires to banish the profligacy of his influences, opting instead to wear them on his sleeve.

The dialogue, heavily colloquial and carrying a machine-gun torrent of profanities, imitates the naturalism of Noel Clarke’s screenplays for Kidulthood and Adulthood. The film’s undeniable visual flair, incorporating different film formats and speeds into a hyper-kinetic whirlwind of fast-cutting to a driving hip-hop soundtrack (composed by Drew), is lifted from Danny Boyle’s epochal drugs odyssey Trainspotting.

However, as the film progresses it develops into a singularly discomforting, unflinching and relentless expose of the ravages of the drugs trade upon ghettoized, impoverished and abandoned youngsters.

Ill Manors is an ensemble drama which sees a range of clearly drawn, in many cases dangerous and unpleasant, characters revolve around Aaron (Ahmed): a disaffected yet honorable young man fresh out of social care struggling to transcend his surroundings and reach the right side of the tracks. Preventing this are the desperate situations of those around him, whose lives become fatefully entwined when a mobile phone containing various disreputable contacts in the drug trade goes missing.

Amongst these are Aaron’s dim-witted and oafish partner in crime, a fearsome dealer disfigured as a child by a National Front skinhead, another dealer looking for reintegration into the trade following his prison term, a young boy incorporated into a violent and murderous gang, two young girls drawn into the drug world from the outskirts, and two prostitutes whose survival is dependent upon their ability to absorb horrific levels of abuse.

What Drew lacks in originality with regards to his script and direction he compensates for in his assured handling of his various narrative threads and his editing of sequences to self-composed music. It is perhaps unsurprising considering Drew’s alias that the soundtrack is the strongest element of the film, by turn fusing hip-hop with performance poetry, Saint-Saens, and first-person narration which provides often crucial backstories for various prominent characters.

Yet these sequences truly excel as energetic tangents to the narrative proper thanks to the way the music is supported by Drew’s eclectic and stylish visual experimentations. Drew’s structuring of the screenplay demonstrates a considerable authorial maturity in the way he controls the many characters and plot strands of the film, always leading to points of conversion which never fail to satisfy and add greater resonance to the often traumatic actions portrayed.

This is a very brutal and uncomfortable film to watch, and audiences should be warned that this is not for the faint-hearted. Many of the more extreme moments in the story range in intensity from the wince-inducing to the downright sadistic, from enforced prostitution to hostage abuse to horrifying moments of infant peril.

The relative flatness of Drew’s characters, who for the most part relax into their stereotypes, threatens to render these moments as pointlessly harrowing and shallowly visceral, were it not for the undercurrent of social consciousness that pervades the piece. The film opens with Aaron watching on television a speech about the issues facing those raised in foster care; numerous characters are drawn into the drugs world through the influence of older siblings; and the film’s final third involves the helplessness of a baby born into this environment.

Notably, the film ends by revealing the name of the featured estate which coupled with the final revelation of Aaron’s past makes plain the idea of generational culpability in the cyclical nature of youth drug culture.

Whether this notion is strong enough throughout the film to offset and justify the horrendous subject matter is a purely subjective decision, but buried beneath the controversy is an auspicious debut which clearly attempts to bring truthfulness and consideration to a multi-faceted problem. It remains to be seen whether Drew succeeds in attacking or encouraging this culture.

Close-Up encounters… ‘E.T. in Concert’ at The Royal Albert Hall 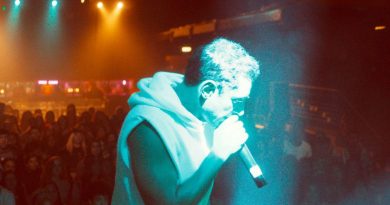 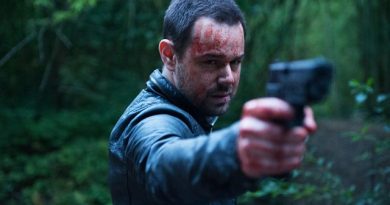