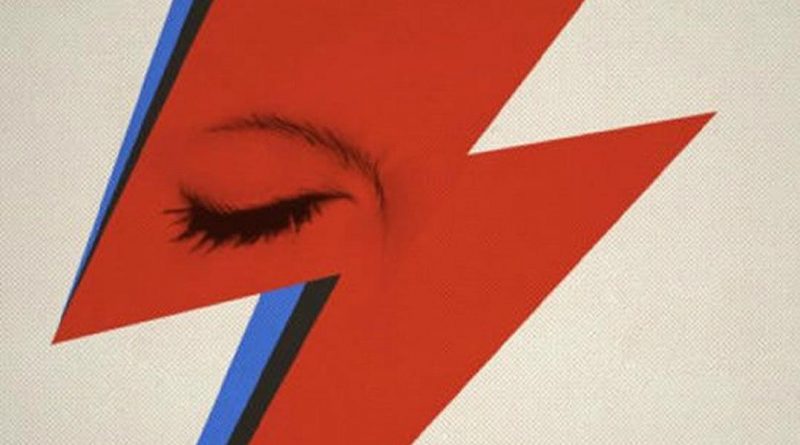 In response to the global pandemic, the 28th Raindance Film Festival will this year safely proceed as a hybrid of remote engagement and live activity, running 28 October – 7 November online and live in London.

“Storytelling brings us together,” says Raindance founder Elliot Grove. “This year more than ever, we need the medium of film to unite us, inspire us, and help us to feel empowered and not isolated. No matter where you are in the UK, as long as you have a screen you can be a part of the Raindance Film Festival. There’s no stopping us.”

The Raindance Film Festival will officially start on 28th October with the UK Premiere of STARDUST, directed by Gabriel Range. STARDUST stars Johnny Flynn (Emma, Beast) as a young David Bowie embarking on his first trip to America, revealing the inspirations and life events that gave birth to his iconic alter ego, Ziggy Stardust, charting the transformation of one of the world’s greatest cultural icons.

BAFTA-nominated director Gabriel Range will attend this red carpet event at The May Fair Hotel in London, and take part in a post-screening Q&A. The gala will have reduced audience capacity to adhere to social-distancing guidelines, and specially designed Raindance masks will be provided.

Via online platform Shift72, this year’s festival will take the fascinating, multifaceted world of indie film to every corner of the UK, from Aberdeen to York, via anything from smartphones to cinematic LED TVs. Wherever you can connect to Wi-Fi, you can connect with Raindance.

Comprising 50 film premieres, the online programme of independent features and documentaries is a cinematic snapshot of today’s world. And to make this the biggest and most accessible edition of Raindance ever, the full online programme of films, shorts, Q&As and VR experiences will be offered for FREE (pay-what-you-can donations are encouraged to help Raindance to continually support and champion indie film in the UK – and to celebrate the 28th Raindance, 28% of proceeds will be donated to charity.)

Recognising that COVID-19 is just one of many issues impacting our planet, strands encapsulate topics as diverse as the environment, inequality and creativity, altogether celebrating the cultural influence of cinema.

A DIRTY WORLD: an eye-opening presentation of environmental films screening in partnership with conservation organization The Nature Conservancy.

THE PRICE OF PROGRESS (dir: Victor Luengo, Spain). UK Premiere. Documenting both sides of the argument around the controversy of GMO foods.

ONCE YOU KNOW (dir: Emmanuel Cappellin, France). UK Premiere. Exploring energy depletion and runaway climate change, it questions how will we cope with an ending world.

UPROOTED: THE JOURNEY OF JAZZ DANCE (dir: Khadifa Wong, USA). International Premiere. Exploring the lineage and future progressions of jazz dance, from its Afro-American roots to Broadway, with contributors including Debbie Allen and Joshua Bergasse.

FEMALE GAZE: a viewpoint covering everything from motherhood to relationships, desire to abuse.

NOT TO BE UNPLEASANT, BUT WE NEED TO HAVE A SERIOUS TALK (dir: Giorgos Georgopoulos, Greece). UK Premiere. Dark comedy about a womanizer who must inform his ex-girlfriends that he’s a carrier of a sexually transmitted virus, lethal only for women.

THE EAGLE’S NEST (dir: Olivier Assoua, UK). UK Premiere. The story of two girls from Cameroon intent on migrating to Europe, they’re portrayed as unlikely superheroes in this surreal fantasy with a rich impression of African culture.

A DIM VALLEY (dir: Brandon Colvin, USA).International Premiere. In this queer hallucinogenic fairytale, a biologist and his two pot-smoking assistants working deep in the Appalachian woods encounter a trio of mystical backpackers.

BORN TO BE (dir: Tania Cypriano, USA). UK Premiere. An intimate look at how the work of Dr Jess Ting at New York’s groundbreaking Mount Sinai Center for Transgender Medicine and Surgery impacts the lives of his patients, as well as his own life.

GENERATION Z: hot on the heels of the Millennials comes a fresh point of view.

DISCOVERY: the place to find maverick works by first-time filmmakers.

MY THOUGHTS ARE SILENT (dir: Antonio Lukich, Ukraine). UK Premiere. A champion at festivals including Karlovy Vary, this oddball drama follows an over-tall sound engineer and his diminutive mother, as they head to the mountains to record the sound of a very rare bird.

To enhance the festival experience there’ll be an inventive programme of extras such as virtual red carpets, and live-streamed Q&As, DJ sessions and live performances. This additional activity will fully utilise the tools and platforms we’ve become familiar with during lockdown such as Zoom, Instagram Live and Facebook Live.

In addition to the Opening Night gala, in-person activity will include an out-of-competition gala screening of Japanese film TWICEBORN (dir: Hiroshi Akabane) at The May Fair Hotel.

A part of the SONICA music strand, JIMMY IS PUNK will premiere at the 100 Club, including a live Q&A with director Duco Donk plus members of punk band Panic. DIFFERENT JOHNS will have an in-person premiere along with an exhibition of original photographs by John Cohen from the 50s Beat Generation era (venue tbc).

The debut film by Darren Strowger, starring Jude Law and Rafferty Law, shot during lockdown, and with an original music score by The Who’s Pete Townshend, the World Premiere of short film THE HAT is nominated for Best UK Short and will benefit Teenage Cancer Trust and Teen Cancer America. The first in a planned series of shorts to benefit these charities, this private invitation-only event at Ham Yard Hotel will also have an exclusive music event.

Raindance is an Oscar qualifying festival. The recipient of Best Short Of The Festival is eligible for consideration in the Short Film category of the Academy Awards® without the standard theatrical run (provided the film otherwise complies with the Academy rules). Additional short films screening off-competition are the Raindance Shorts competition winners, Raindance HND/MA Showcase, and NYFA Shorts.

VR enables us to feel each other’s presence in virtual spaces, bringing us even closer together. Powered by HTC VIVES’s Viveport and VRChat, this year’s Raindance Immersive Strand presents immersive VR games and experiences competing for ten awards – Raindance is the only film festival in the world to recognise and award VR on this scale. Includes the Best Of Raindance Retrospective, a celebration and look back at five years of VR at Raindance.

PAPER BEAST (creator: Eric Chahi). The first VR game from this famous game developer, it explores our connections to wildlife and technology.

THE DEVOURING (creators: Lakuza, Fionna, Legends and CyanLaser). A multi-player VR horror game created on the VRChat platform and set in a mysterious manor house.

SCARECROW (creator: Sngmoo Lee). Since its Sundance debut as live VR immersive theatre that utilised a real actor, it’s been reimagined post-COVID especially for Raindance with the actor now in a motion-capture suit, and performing as an avatar within VRChat.

DR. CRUMB’S SCHOOL FOR DISOBEDIENT PETS (Creators: Adventure Lab). Private VR adventures and puzzle-solving with a live host, for up to four players.

VIRTUALLY SPEAKING (creator: Joe Hunting). Docu-series in which Joe Hunting meets people who found refuge during lockdown in the virtual worlds of VRChat – the filmed interviews take place in those very same worlds, avatar to avatar.

Debuting an entirely digital format and available globally, this year’s Industry Programme celebrates the industry’s capacity to reflect, assess the present, and look to the future.

Commencing with the EMERGING FILMMAKERS DAY, with free highlights including THE FILMMAKER’S JOURNEY FROM EMERGING TO ESTABLISHED, a panel discussion with BIFA’s Raindance Discovery Award nominees, and WHAT MAKES AN AWARD-WINNING SHORT, a special session with expert publicist Catherine Lyn Scott.

The INDUSTRY FORUM (30 October – 3 November) and VR FORUM (4 – 5 November)comprise panel discussions, masterclasses and special events.Highlights include: a series of special talks created with The Nature Conservancy, the partners of the A DIRTY WORLD strand, exploring the crossroads between film and environmental action; DEMYSTIFING DIVERSITY STANDARD, a talk between filmmakers and film institutions including BIFA; INDUSTRY MINDS, a live podcast edition exploring the effects of isolation on creativity as a result of this year’s pandemic; TURNING THE LENS ON SEXUAL HARASSMENT, a panel discussion in collaboration with 16 Days 16 Films (a Modern Films and Kering Foundation initiative). THE ART OF REMOTE FILMMAKING: SUCCESS STORIES FROM LOCKDOWN and FILM FINANCE IN A POST-COVID WORLD both explore how the film industry reacts to the current crisis.And of course there’ll be LIVE!AMMUNITION! – an opportunity to pitch to film industry executives in front of a digital audience. Online networking opportunities include daily RAINDANCE BOOZIN’ N SCHMOOZIN’ happy-hour socials. An all-inclusive Industry Pass is just £19.99. 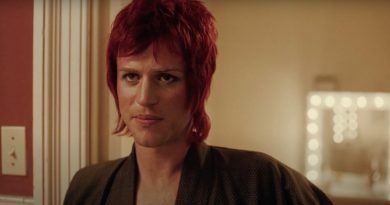