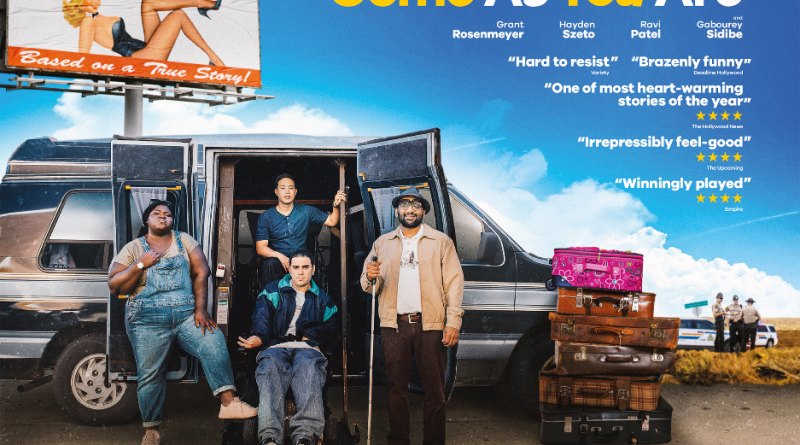 Studio Soho Distribution are proud to present COME AS YOU ARE; a hilarious and heart-warming buddy movie meets road trip, making it this Summer’s ‘feel good film of the year’.

Inspired by a true story – three young men with disabilities, played by Grant Rosenmeyer (The Royal Tenenbaums), Hayden Szeto (The Edge of Seventeen) and Ravi Patel (Meet the Patels), flee their overbearing parents for a road trip to a brothel in Montreal, that caters to people with disabilities, in order to lose their virginity and embrace their independence. Academy Award nominee, Gabourey Sidibe (Precious), stars as their jaded nurse driver, Janeane Garofalo (Sweethearts, Mystery Men) and C.S. Lee (Dexter) also star as concerned parents hot on their trail.  A remake of the award winning, critically acclaimed 2011 Belgian film HASTA LA VISTA, based on true story and experiences of Asta Philpot, who features in the film.