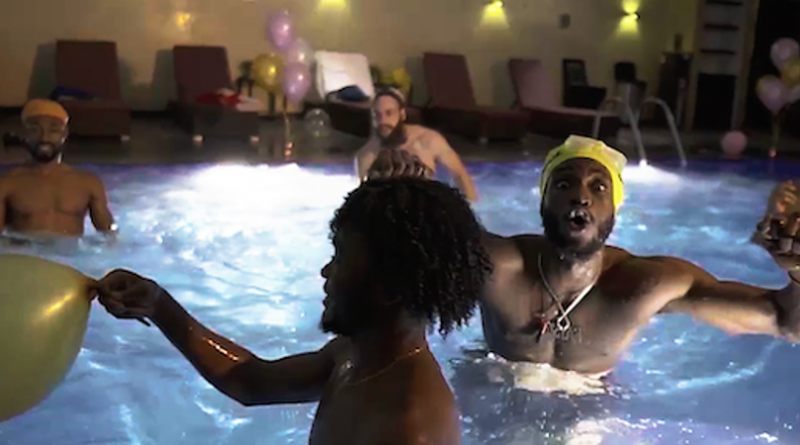 Ed co-founded the Black Swimming Association (BSA) with Seren Jones, Danielle Obe and Alice Dearing. The BSA was set up two years ago to champion inclusivity, representation, and diversity in aquatics; highlighting the value of swimming as an essential life-saving skill and showcasing aquatic opportunities and aquatic career pathways which are otherwise invisible to African, Caribbean, and Asian communities.

Born in London and raised in the UK and Ghana. Ed Accura began to fulfil his passion for music in the ’90s which started with the production of experimental avant-garde and jazz-inspired sounds. His passion for Hip-hop soon became very evident which led him co-founded the UK hip-hop crew, 617, with D.R.A. and Bolistik in 2003.

Under his independent production company, Accura Records, he went on to produce and feature on nine studio albums with styles ranging from hip-hop with 617 and as a solo artist all the way to street jazz under the name NOIZE.

His songwriting took a turn in 2010 when he made the conscious decision to only make music that created social awareness. This was highlighted in 2016 when he wrote and dedicated the song Bear A Witness to a homeless person on the streets of London that had passed away not long after he had shared a burger with him outside McDonalds. As a result, he founded and run the Bear A Witness Homeless campaign for 2 years.

The next music project Ed embarked on would change his life forever. Sat on a boat on holiday with friends and family in Barbados in August 2018, Ed wrote the song A Film Called Black Can’t Swim, highlighting his aquaphobia and inability to swim. The song was intended to highlight the issue with the disproportionate number of people of African, Caribbean, and Asian heritage that did not swim and encourage someone to make a film about it. Ed ended up making that film and the rest, as they say, is history…

Check out the trailer below!

Blacks Can’t Swim: REWIND follows two separate stories, of both a 15-year-old boy and a girl respectively. Both struggle with the effects of the stigmas and stereotypes that have helped shape the narrative and thought process as to why the disproportionate number of African, Caribbean and Asians in England do not swim.

Javell is a 15-year-old boy, from a low socioeconomic background struggling with general direction and motivation of realistic career and life choices. He is presented with a career choice that could change his life forever, but will his disengagement with swimming be an obstacle?

Tyra is a 15-year-old girl from a middle-class background who has swum all her life and has the prospect of becoming an elite swimmer. Now, however, she is experiencing social, emotional and physical changes, which are making her consider walking away from swimming altogether.

Accura said the film documentary has already superseded its expectation and propelled it to another level: “The aim was to continue highlighting the issue of a disproportionate number of African, Caribbean and Asians that do not swim, but I was pleasantly surprised to see that it has already given the youth involved the motivation, direction, and hope to seek a better life,”.

By working with mentoring charities like Kick Off@3, the documentary is not only highlighting the importance of water safety, drowning prevention, aquatic career pathways etc, it is now inspiring youth to put down the knife and walk away from crime.

Accura co-founded the Black Swimming Association (BSA) with Seren Jones, Danielle Obe and Alice Dearing. The BSA was set up two years ago to champion inclusivity, representation, and diversity in aquatics; highlighting the value of swimming as an essential life-saving skill and showcasing aquatic opportunities and aquatic career pathways which are otherwise invisible to African, Caribbean and Asian communities.
According to official figures released by Sport England, 95% of Black adults and 80% of Black children do not swim, similarly, 93% of Asian adults and 78% of Asian children do not swim.

Danielle Obe, Chair for the BSA, said: “Blacks Can’t Swim: REWIND” is an accurate representation of the barriers the Black community face when it comes to swimming, whether that stems from an inherited cultural belief, or simply not having the access, knowledge or confidence they need to get in the pool. The BSA is proud to be working with Blacks Can’t Swim to address these issues head-on,”.

Blacks Can’t Swim is collaborating with the BSA and AKD Solutions to turn such experiences into qualitative and quantitative data. #OurSwimStory is the first social and behavioural research project in the industry, which will engage with more than 1,400 respondents in seven locations across England and Wales in its first phase, on a range of topics including socio-economic, cultural, attitudinal, behavioural and institutional barriers to participation in the aquatic activity.

“This is the first research project of its kind,” says Obe. “The purpose of our research is to provide clear academic and social evidence that will prove useful sector-wide, on exactly what needs to be done collaboratively with disenfranchised communities to make aquatics more open, inclusive and equitably accessible to all.” 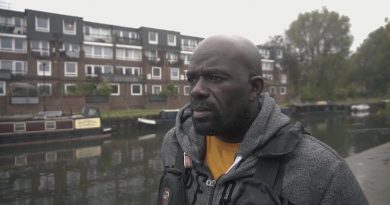