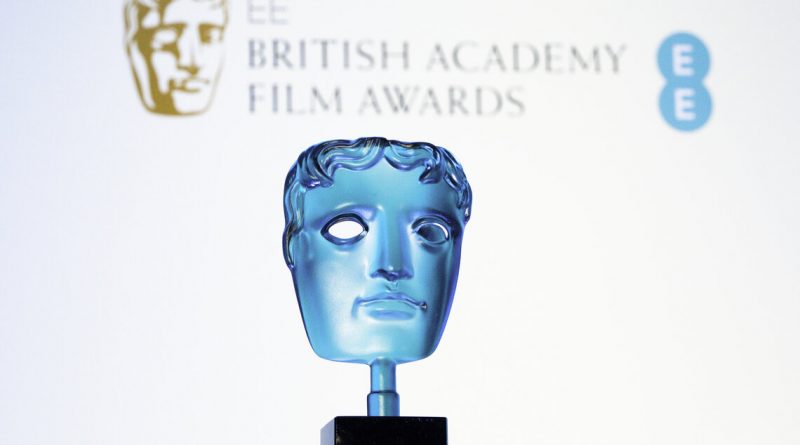 Today, the five nominees for the renowned EE Rising Star Award, now in its 16th year, were announced as part of a virtual event livestreamed from the elegant setting of The Savoy, London. Hosted by BAFTA Chief-Executive Amanda Berry OBE and film broadcaster Edith Bowman, 2014 EE Rising Star nominee George MacKay (1917) announced the highly anticipated nominee shortlist for 2021 via livestream for the first time in the Award’s sixteen-year history.

The British line-up of five nominees have each demonstrated their phenomenal skills in film over the past year, allowing the public and film industry experts alike to escape the every day and explore the world of film. Public voting is now open at ee.co.uk/BAFTA and the winner will be revealed at the EE British Academy Film Awards on April 11th 2021.

The EE Rising Star Award nominees for 2021 are:

BUKKY BAKRAY is a multi-award-nominated actress who received critical acclaim for her debut lead performance in breakout hitRocks, directed by Sarah Gavron. As well as her nomination for the EE Rising Star Award, she has received nominations from the British Independent Film Awards (BIFA) and London Critics Circle, and has been longlisted in BAFTA’s ‘Leading Actress’ category for 2021.

She is part of this year’s BAFTA Breakthrough programme and has been named as a rising star to watch by Time Out and Dazed 100. Bukky’s passion for acting continues to grow having completed a year-long course as part of RADA Youth Company. She is currently enrolled on Theatre Peckham’s Originate Acting Course, where young performers receive specialist actor training with top-tier drama schools, Guildhall School and RADA, and industry professionals.

Bukky Bakray commenting on her nomination, said: “I honestly feel so blessed to be recognised so early on in my career. I still can’t believe this, I’m not sure I ever will either. All the warmth and love from BAFTA and EE is beautiful and I’m grateful. Thank you.”

CONRAD KHAN is best known for his highly acclaimed role as Tyler, in Henry Blake’s 2020 feature film, County Lines. A performance that has earnt him a BIFA nomination for ‘Most Promising Newcomer’ as well as Screen International Star of Tomorrow. Conrad’s first role came in 2016 as a young Chris Hemsworth (Eric) in The Huntsman: Winter’s War, and he has most recently been cast as a lead in the final series of the BAFTA award-winning Peaky Blinders, opposite Cillian Murphy and Paul Anderson.

Conrad Khan, commenting on his nomination, said: “‘A huge thank you to BAFTA for this nomination! I am so excited and proud to be in such great company – the EE Rising Star Award is something I never would have even dreamt of at the start of my career. I am really looking forward to being part of this year’s awards. It is an honour.”

KINGSLEY BEN-ADIR is the breakout star of Regina’s King’s directorial debut film One Night in Miami and has been making headlines with his captivating portrayal of Malcolm X. The film has received three Golden Globe nominations, with Kingsley picking up the prestigious ‘Breakthrough Actor’ Award at the Gotham Independent Film Awards and the ‘Breakthrough Performer’ by the New York Film Critics (NYFCO). He has also been longlisted in BAFTA’s ‘Leading Actor’ category for 2021.

Kingsley’s career started on the stage, in plays including Mark Rylance’s Much Ado About Nothing at The Old Vic. On screen, he most recently starred opposite Zoe Kravitz in the Hulu series High Fidelity; played a co-lead role in the third series of the Brit Marling Netflix series The OA; played Colonel Ben Younger in the BBC/Netflix drama Peaky Blinders; and starred in films The Commuter, King Arthur: Legend of the Sword and Trespass Against Us.

Kingsley Ben-Adir, commenting on his nomination, said: “It’s an honour to be picked as a BAFTA EE Rising Star. I have always had great respect for this award and have admired the selection each year, so to be in this category, and to be recognised in this way, means a lot. Thank you.”

MORFYDD CLARK has been singled out by critics for her breath-taking performance in Rose Glass’s award-winning debut Saint Maud. Hailed as the ‘Star of Tomorrow’ by Screen International, Morfydd was identified by The Guardian as the ‘Breakout Star’ of the 2019 festival circuit and has gone on to win the London Critic’s Circle Award for ‘British/Irish Actress of the Year’, be nominated for a BIFA award in the category of ‘Best Actress’ and has also been longlisted in BAFTA’s ‘Leading Actress’ category for 2021.

Morfydd appeared as both ‘Dora Spenlow’ and ‘Clara Copperfield’ in Armando Iannucci’s The Personal History of David Copperfield, and as ‘young Jane’ in Craig Robert’s Eternal Beauty opposite Sally Hawkins in 2020. She is currently in New Zealand filming a lead role in Amazon’s The Lord of the Rings.

Morfydd Clark, commenting on her nomination, said: “I’m delighted and disbelieving that I have been nominated for such a prestigious award by BAFTA and the EE Rising Star jury, thank you to all who compiled the list of nominees. I am honoured to be recognised amongst this group of talented, British actors. It has been a difficult year for many people and I hope the next few months will bring hope and a brighter future for the arts.”

ṢỌPẸ́ DÌRÍSÙ is quickly establishing himself as an internationally renowned actor, showcasing a range of disciplines across film, television and theatre. Dìrísù can currently be seen on Netflix in Remi Weekes’ horror/thriller, His House, which earned him ‘Critic’s Choice Super’ and BIFA award nominations for ‘Best Actor’, and in the SKY/AMC series, Gangs of London.  Previous film credits include war drama, Sand Castle, The Huntsman: Winter’s War, as well as Ariel Vromen’s sci-fi thriller, Criminal. On television, most notably, Dìrísù was seen in AMC’s Humans and in Netflix’s series, Black Mirror, for which he received the ‘Rising Star Award’ for the Screen Nation Film and Television Awards.

He has been selected as a Screen International ‘Star of Tomorrow’ and in 2017 received a Commendation at the Ian Charleson Awards for his performance as Coriolanus at the Royal Shakespeare Company. Ṣọpẹ́ is currently in Ireland shooting a lead role in Mr Malcolm’s List. Upcoming releases include Mothering Sunday with Olivia Colman and Colin Firth, Tim Felhbaum’s Berlinale Special Tides and Silent Night with Kiera Knightley and Matthew Goode.

Ṣọpẹ́ Dìrísù commenting on his nomination, said: “The history of the EE Rising Star Award is full of such exceptional and inspirational talents and I’m so grateful to both EE and BAFTA for considering me amongst them. I’m properly delighted for all my fellow nominees for being recognised in what can only be described as a difficult and challenging year for everyone across the world.”

This year, the EE Rising Star Award jury panel was tasked with selecting the five nominees from a comprehensive list of up-and-coming talented actors and actresses. For the first time in the Award’s history, this took place virtually, where the jury passionately discussed which five longlisted nominees would go head-to-head in the public vote, ahead of the EE BAFTA Film Awards for 2021.

Edith Bowman, EE Rising Star Award broadcaster, said: “It is an honour to once again announce the nominees for the EE Rising Star Award, this year feels more special than ever. I am always astonished by the calibre of talent which are presented every year, and the five shortlisted nominees for 2021 are no exception, with their breath-taking ability to tell stories and transform into a character who the audience trust and believe in. As always, this is the only award which the British public can have their say and vote for their winner. I for one can’t wait to find out who film fans across the country are most invested in and want to see take home this incredible accolade.”

Pete Jeavons, Marketing Communications Director at BT & EE, added: “Despite the changes the film industry has faced over the past 12 months, we are delighted to still be able to celebrate the talented actors and actresses who have graced our screens – who make up the shortlist for 2021. It’s a real honour for us to play a part in recognising emerging talent each year in partnership with BAFTA, and this year’s nominees are amongst those who have gripped the nation with their performances. I urge everyone to watch their films this year and can’t wait to discover who the public decides will win this incredible award for 2021.”

Emma Baehr, Executive Director of Awards & Content at BAFTA, said: “Recognising and supporting creatives is at the heart of everything we do at BAFTA and it is particularly exciting to see talent shortlisted today who have been previously supported by our BAFTA Breakthrough programme, part of our year-round work to showcase emerging and under-represented talent. We’re so delighted to be working with EE once-again to present this fantastic shortlist of performers and proud to see new British talent flourishing across the industry.” Hosted from The Savoy, London, The EE Rising Star Award announcement continues the venue’s rich connections with the world of performing arts, and underlines its commitment to supporting film, theatre and television in the UK.

EE has been a long-standing partner of BAFTA’s Film Awards, working with BAFTA to bring film fans closer to the awards through the magic of technology. Since the partnership began, EE has not only worked with BAFTA to introduce the EE Rising Star Award but also used its award-winning network to create new and exciting opportunities for film fans to be part of the action.Voting is now open at ee.co.uk/BAFTA and the winner will be announced at the EE BAFTA Film Awards on Sunday 11th April 2021 on BBC One. 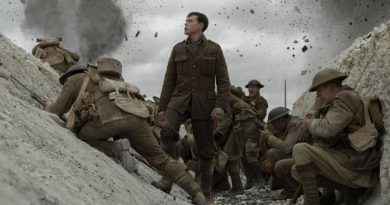 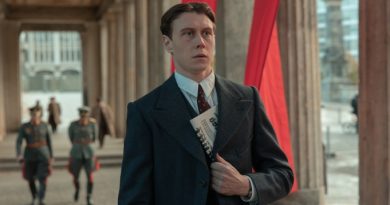 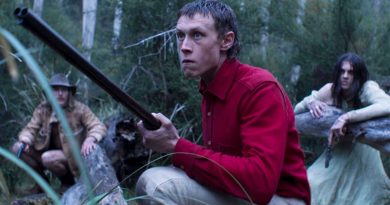