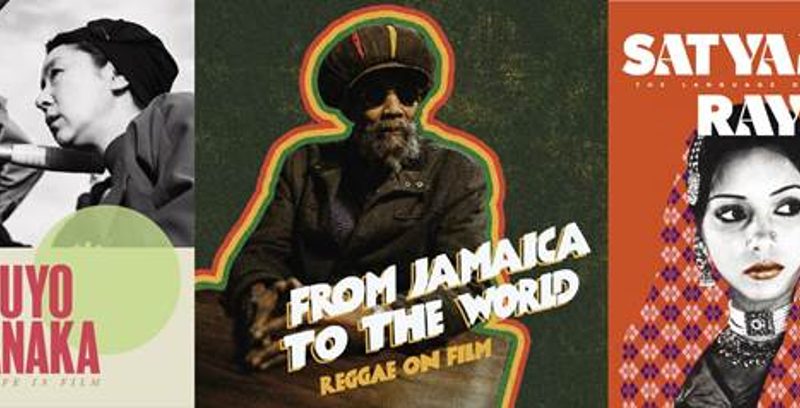 This August BFI Southbank celebrates Reggae music and culture and explores its relationship to Cinema with a month-long season – FROM JAMAICA TO THE WORLD: REGGAE ON FILM.

Programmed by Lloyd Bradley, writer of Bass Culture:When Reggae Was King and Sounds Like London: 100 Years of Black Music in the Capital, the season coincides with 60 years of Jamaican independence from Great Britain, a period in which the new nation remade itself culturally and creatively as well as politically. The season covers all aspects of that culture, as depicted in films such as BURNING AN ILLUSION (Menelik Shabazz, 1981), SPRINTER (Storm Saulter, 2018), DANCEHALL QUEEN (Don Letts, Rick Elgood, 1997), RUDEBOY: THE STORY OF TROJAN RECORDS (Nicolas Jack Davies, 2018)and many more.

BFI Distribution will re-release the classic crime drama THE HARDER THEY COME (Perry Henzell, 1972), starring legendary musician Jimmy Cliff as part of the season. The film, which marks its 50th anniversary this year, will be released in selected cinemas UK-wide on 5 August and play on extended run at BFI Southbank. Event highlights during the season will include a screening of BOB MARLEY: THE MAKING OF A LEGEND (2011) followed by a Q&A with directors Esther Anderson and Gian Godoy on 30 August and a screening of BEING BLACKER (2018) followed by a Q&A with director Molly Dineen, the eponymous Brixton-based music producer Blacker Dread and musician Naptali on 9 August. There will also be an event dedicated to exploring dancehall culture on 6 August, which will include a screening of Cori Wapnowska’s BRUK OUT (2017); and an event on 20 August exploring the uniquely British approach to contemporary reggae on, looking at how reggae and reggae culture informs such black British music as grime, jungle and dubstep. The season is presented by AFRICAN ODYSSEYS, which programmes monthly events at BFI Southbank, as well as larger seasons and celebrations of work by and about the African diaspora, and is celebrating its 15th anniversary in 2022.

Also in August is the first part of a two-month season dedicated to KINUYO TANAKA, an actor and filmmaker who played an essential role in the history of Japanese cinema. Screenings in August will focus on Tanaka’s work as a director, a role she seized as societal roles for women were radically shifting with Japan’s emergence from the devastation of the Second World War. Screenings in September will focus on Tanaka’s work as an actor, working with major directors such as Yasujirō Ozu, Mikio Naruse and Kenji Mizoguchi. The season, which was first conceived by Lili Hinstin and presented at the Lumière Festival in 2021, is presented in partnership with the Edinburgh International Film Festival and Janus Films – complete details will be announced soon.

Completing the line-up of seasons in August will be the second part of BFI Southbank’s complete retrospective of SATYAJIT RAY, one of the true masters of world cinema, with a remarkable body of work as a director (but also a polymath who wrote, designed and composed as well). Arranged thematically by season programmer Sangeeta Datta, the retrospective is presented in association with the Academy Film Archive and will include numerous restorations on 35mm from their archives, as well as three 4K restorations made by the Criterion Collection and the UK premiere of four brand new 4K restorations presented by NFDC – National Film Archive of India. Complete details for the season are available in a dedicated press release on the BFI website.

Special events in August will include a film preview of MY OLD SCHOOL (Jono McLeod, 2022), a joyful documentary about Scotland’s most notorious imposter, a 16-year-old called Brandon who enrolled at a Glasgow high school in 1993. The preview on 12 August will be followed by a Q&A with director Jono McLeod andactor Alan Cumming, who stars as Brandon in scenes that re-enact this stranger-than-fiction story. On 15 August there will be a preview of THE FEAST (Lee Haven Jones, 2021), a terrific slow burn, Welsh-language folk horror, laced with twisted humour, brutal body horror, supernatural frights and extreme gore. The preview will be followed by a Q&A with director Lee Haven Jones andproducer-screenwriter Roger Williams, before playing on extended run at BFI Southbank from 19 August.

There will be a TV preview of AM I BEING UNREASONABLE? (BBC, 2022), a new series written by and starring Daisy May Cooper and Selin Hizli, who with both take part in a Q&A alongside exec producer Jack Thorne following the preview on 31 August. This comedy thriller brilliantly hones in on female friendship, marital angst and maternal paranoia. This month, BFI Southbank will also remember one of Britain’s most beloved comics with TONY HANCOCK: ODDITIES AND RARITIES on 13 August. This special event will take audiences behind Hancock the comedian, and tell his life story through the phenomenal archive amassed by the Tony Hancock Appreciation Society.

The BFI’s year-round BFI EXPANDED programme will present a virtual reality experience, CHILD OF EMPIRE(Lead Artists: Sparsh Ahuja, Erfan Saadati, Omi Zola Gupta, Stephen Stephenson, 2021), at BFI Southbank from 1-7 August. 14 August 1947 marked the birth of Pakistan and an independent India. British colonialism ended and the confrontation between the two nations led to the displacement of some 15 million people and tragic death of more than a million. CHILD OF EMPIRE, which is free to view via walk-up on the day, offers a deeply personal view of this devastating moment. Two men from the Partition generation, an Indian Hindu who migrated from Pakistan to India, and a Pakistani Muslim who made the opposite journey, share childhood memories of their experiences. Also in the BFI EXPANDED programme this month is the World Premiere of LOST MIGRATIONS (Lead artists: Project Dastaan, Puffball Studios and Spitting Image Studios, 2022) on 1 August; this three-part animated series tells the untold stories of the Partition through the voices of the colonised. Each episode sheds light on a community that has been excluded from South Asian literature and historiography: women, the Chettiar diaspora and the stateless. 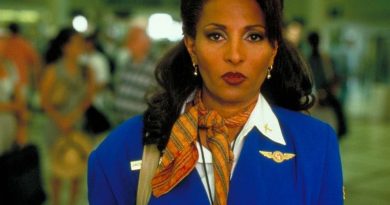 Tarantino’s ‘Jackie Brown’ Back in Cinemas this September 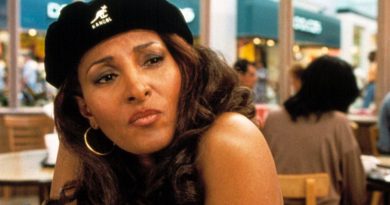