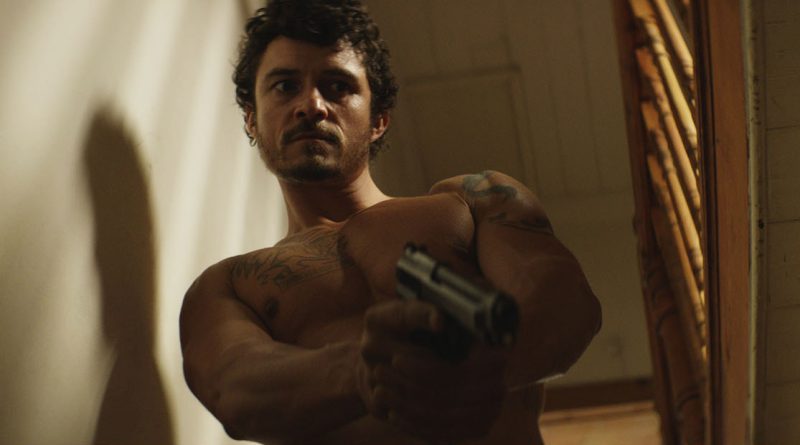 Zulu presents a fascinating portrait of a modern South Africa, marred only by the overly complicated story it is trying to tell. Its stereotyped protagonists serve only as a distraction from its more unique setting.

Forest Whittaker and Orlando Bloom take on the roles of two troubled cops, investigating a brutal murder in post-Apartheid South Africa. A mutilated body on the beach leads to them uncovering a whole drug ring, and a new and dangerous synthetic drug, that is already beginning to infiltrate the slums. The cops throw themselves into the investigation, risking their own lives to try and get to the bottom of this difficult case.

The premise is certainly promising – more than anything because there’s a limited stable of widely released films based in modern South Africa. Zulu offers teasing glimpses of life at the high and low end of South Africa’s new social order – from the claustrophobic slums, to modern gated mansions, and the natural beauty of the coastlines.

South Africa has huge rates of violent crime, assault, and murder, as well as a rapidly evolving market for new and dangerous variations of illegal drugs. Zulu has the potential to really explore the relationships and causes at the heart of this, but instead it relies on a pair of cop clichés to fill the majority of screentime. Orlando Bloom plays the typical womanising, divorced, rebellious cop that Mel Gibson iconified in Lethal Weapon. Meanwhile Forest Whittaker is the well-meaning policeman with childhood issues. The pair both give good performances, and manage to carry off decent South African accents, but the performances fall short of outstanding, and the characters themselves are less than orginal. While the film is rich in action sequences and tense moments, the characters fail to draw a lot of empathy and much of the drama is lost.

The film also suffers from a lack of strong female characters. The male police investigated almost entirely male criminals, while women were predominantly cast as victims or dead bodies. The drug dealers were one dimensional bad guys, with no time given to their backstories or motivations. There was a lack of subtlety, in the whole treatment of the story, with the action sequences taking prime focus.

Zulu opens with a huge bang, and a fairly compelling beginning, but as it lurches from action scene to action scene, it is the backstories and arresting details that are either painted in broad strokes or glossed over entirely. It’s a dramatic watch, and not un-interesting, but neither is it original or exceptional.

It’s a crime thriller for those who already love the genre, and want more of the same.