If you stuck around long enough after the end credits of the terrific Days of Future Past, you’ll have seen the springboard sting that launched this latest 80s’ encapsulating mutant mash-up. For chucking around pyramid building blocks like a game of Tetris writ-large was ‘the first mutant’, who as he likes to repeatedly inform us, ‘goes by many names’, but for the sake of this will be called Apocalypse (Oscar Isaac).

Waking from a centuries long nap, he emerges into a world in which warmongering from ‘false Gods’ has taken the place he thought rightfully his, so sets about rounding up his ‘Four Horsemen’ – including Michael Fassbender’s on secondment Magneto – to take over the world in a clichéd megalomaniacal kinda way.

Meanwhile, Mystique (Jennifer Lawrence) has gone all Katniss Everdeen and is liberating mutants for cash, chief amongst them Nightcrawler (Kodi-Smit McPhee), but when she learns that Magneto has surfaced, it’s straight to Xavier’s (James McAvoy) School for Special Boffins to round up the gang and cancel the apocalypse.

X-Men: Apocalypse has so many moving parts, most of which work terrifically, so it’s a shame that it crumbles into a disgusting level of CG mayhem come the fixed diorama action finale, especially when it gets a lot of the character beats spot on for its lengthy run time.

Something this rejuvenated X-Men universe has got note-perfect is the casting, and once again Simon Kinberg’s script has given them much needed levity in a genre that’s often too brooding. Magneto gets to offer up the now signature ‘F-bomb’, Sophie Turner’s incarnation of Jean Grey has a lovely self-referential line about third instalments being the worst as the gang leave Return of the Jedi, and as soon as Evan Peters shows up in his beefed-up Quicksilver role, the zingers fly faster than he can run.

It’s his school evacuation set-piece to the Eurythmic’ Sweet Dreams that’s the stand-out moment in a film that ultimately ends up drowning in visual excess. It’s not as good as the pentagon break-out, but it’s inventive, incredibly clever, and in sync with a character who has stolen both movies he has appeared in so far.

Another returning character who doesn’t fare as well is Rose Byrne’s Moira Mactaggert, who’s burdened with some of the most laughably bad stock dialogue in recent memory. When her action figure is released it’ll utter a variation on phrases such as “Who is he?”, “What is that?”, and “What is happening?”. It’s a thankless role for such a wonderfully charismatic actress.

Speaking of stifling talent, much of the pre-release negativity focused on Oscar Isaacs sex-toy resembling bad-guy, and although there are moments in which his personality shines through the prosthetics, the most damning criticism is that the character is just plain dull.

It’s a problem that blights the movie’s final third, unless you have a predilection for Mummy Returns/Prince of Persia style special effects, and characters remaining in stasis for what seems like an eternity, then all momentum is lost the moment a certain Weapon-X runs off into the snow and we’re left watching things swirl around in the sky.

Apocalypse is by no means a bad film, with frustration the overriding emotion; Sophie Turner steps up as Jean Grey, hinting at bigger things to come for the Game of Thrones MVP, Tye Sheridan (Mud) makes a requisitely confident Scott Summers, and whilst this version of Nightcrawler isn’t utilised as well as Alan Cumming’s X2 transporter, Smit-McPhee gets some decent laughs in what is a sporadically funny film.

If Days of Future Past was first class, then Apocalypse is a 2:2 with ‘enjoyably messy’ written in red on the cover sheet. 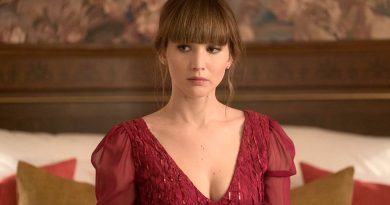