Cinema has a long and illustrious history when it comes to parents who aren’t perhaps best suited to bringing up their unfortunate offspring. To celebrate the home entertainment release of Can’t Come Out To Play, out on DVD and digital platforms from June 22, 2015 courtesy of Signature Entertainment, we take a look back at some of the worst parents to grace the big screen…

Katherine and Richard (Can’t Come Out To Play)
When it comes to overprotective parents, it doesn’t get much worse than Katherine and Richard (Samantha Morton and Michael Shannon). Their son Andy is in very poor health, and he must stay within his home adhering to the strict instructions of his mother – who also forbids him from having any visitors. When Andy’s new friend Maryann begins visiting and is discovered, Richard is seemingly fine with the visits, but Katherine does not feel the same, and her behaviour grows increasingly erratic…
Mr and Mrs Wormwood (Matilda)
Based on Roald Dahl’s beloved classic about a sweet and extremely intelligent girl with a love of books, this adaptation stars Mara Wilson in the titular role with Danny Devito and Rhea Perlman as her superficial, bad-tempered parents, who neglect Matilda in favour of her spoilt brother. After a while, her parents send her to school with Miss Trunchbull, the worst principal in the world. While trying to put up with her parents’ and principal’s constant cruelty, she unwittingly begins unleashing telekinetic powers, and is soon concocting a plan to drive her principal away from the school.
April and Frank Wheeler (Revolutionary Road)
Leonardo DiCaprio and Kate Winslet take the lead roles in this adaptation of the classic novel by Richard Yates about the futility of the American dream. Fundamentally flawed, selfish, and struggling with disillusionment, Frank and April Wheeler are raising two young children, while April has forgone her dream of becoming an actress, and Frank loathes his job, although he has no idea what he really wants to do. Self-involved and unable to connect with each other, their carefully constructed facade of a perfect family slowly begins to crumble around them, culminating in unimaginable tragedy…
Darth Vader (Star Wars)
When it comes to the award for ‘Worst Parent Ever’, the honour goes to Darth Vader a million times. Not only was discovering he was Luke Skywalker and Princess Leia’s father a cinematic shock, but the reveal seemed to change nothing. If there was any hope of Darth Vader transforming into father of the year material it was all lost when he cut Luke’s hand off.
Joan Crawford (Mommie Dearest)
Joan Crawford (Faye Dunaway) may have been a screen queen to the world, but to her daughter Christina (Diana Scarwid) she was a living nightmare. While most mums are baking cookies for their kids Crawford was abusing and traumatizing hers. What makes her even more awful is that she was actually a real person.
Mrs. Livingston (Bubble Boy)
There is no doubt Mrs. Livingston (Swoosie Kurtz) loves her son, but she takes her love to downright suffocating extents. When loving your kid involves a lie that confines him to a bubble for much of his life there clearly is an issue there. As they say, if you love him let him go; a lesson Mrs. Livingston clearly did not learn.

Peter and Kate McCallister (Home Alone)
Peter (John Heard) and Kate (Catherine O’Hara) McCallister may be well intentioned and loving parents, but they make this list for their utter carelessness. It is one thing to forget to pack your toothbrush when going out of town, but leaving your child behind all together on a family vacation is never a good sign. In their case they are repeat offenders of leaving their son behind clearly showing their lack of parenting skills.

CAN’T COME OUT TO PLAY comes to DVD and digital platforms from June 22, 2015, courtesy of Signature Entertainment. 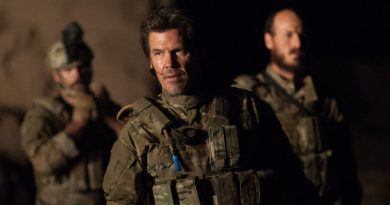