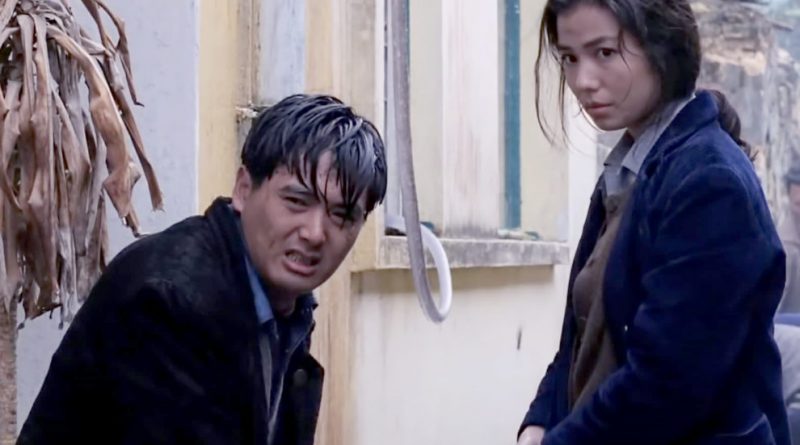 Super-cool Asian superstar Chow Yun-Fat comes down to earth with a satisfying thud in this crime story that showcases the late Ringo Lam’s unshowy visual grittiness.

Hong Kong police are staking out a female arms dealer. When they kick the door in, a firefight breaks out. The arms dealer and a couple of punters are killed, but the dealer’s young daughter, Ka Ka (Cheuk Yan Chan), is left tricycling around the apartment.

That plot outline prepares you for a crime thriller but Lam’s focus is engagingly dispersed here. In telling his gritty crime story, he also explores how life in the city contrasts with life in a rural community in Hong Kong’s New Territories. The uneasy attraction between Lau and Cher is also an element, although it is low in the mix.

The plot feels less important than the prosaic way Lam tells the story. In the scenes of Ka Ka’s life with her grandfather, Lam is worlds away from both the manic city and also from the style of John Woo, that yardstick of 80s to 90s HK action cinema. Throughout the film, there is an absence of visual gimmickry and of grand set pieces that feels almost realist: Lam playing Francesco Rosi to Woo’s Fellini.

Indeed, there are street scenes here that look very similar to those in Rosi’s Salvatore Giuliano. Which goes to show that there is a power to Lam’s un-showiness – and that it is bracing in comparison to Woo’s visual excesses.

Chow Yun-Fat also starred in Lam’s most famous film, City on Fire (a major influence on Tarantino’s debut Reservoir Dogs). His good looks and super-cool demeanour work surprisingly well here, and his character seems genuinely sympathetic to the plight of Ka Ka. In the rural scenes he plays the clueless, bemused outsider well too.

There’s a nice extra: an engaging interview with Roy Cheung on his career and what he remembers of the making of the film.