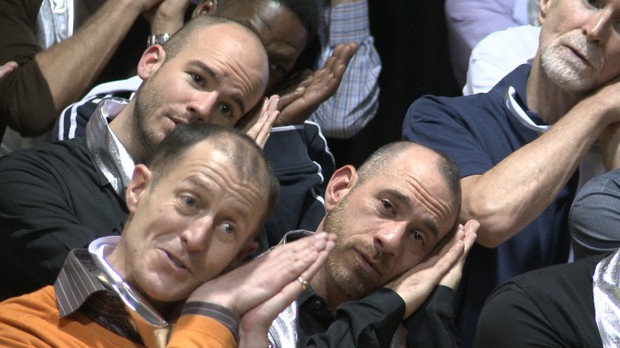 Who’s Gonna Love Me Now? is a fascinating documentary of a man’s story which is, in many ways, unique.

Saar Maoz lives with his family on a very religious kibbutz in Israel. Because of his sexual orientation Saar is kicked out of the kibbutz at age 21. He arrives alone in London and soon becomes part of the gay scene in the capital in the 1990s. When he suddenly finds he is HIV Positive he doesn’t know what to do or who can help him. By chance he becomes part of the London Gay Men’s Chorus and not only enjoys singing with them but also the real affection they show him.

Although he hasn’t seen them for 17 years, Saar realises that he has to tell his family in Israel But when he goes there, he is unable to tell them in Israel and returns to London. The highlight of the documentary occurs when Saar’s parents come to visit him in London. How will they deal with his revelation? Considering his father refers to gays as “that sort of animals,” it doesn’t look too promising. How will his very prejudiced family react?

We see members of Saar’s family discussing their brother/son/ in-law and we observe Saar talking with gay friends in London and singing and talking with other members of the Chorus. The directors, Tomer and Barak Heymann, manage to get members of the family to speak in a very candid manner as they express concerns about their young children coming into contact with HIV Positive Saar.

Religion and his home country and family are imprtant to Saar and he faces difficult decisions about whether to return home and find work in Israel or stay with the gay community in London.

This documentary deals with all the emotions and conflicts of Saar and his family in a tremendously sensitive and often emotional manner. Well worth seeing.